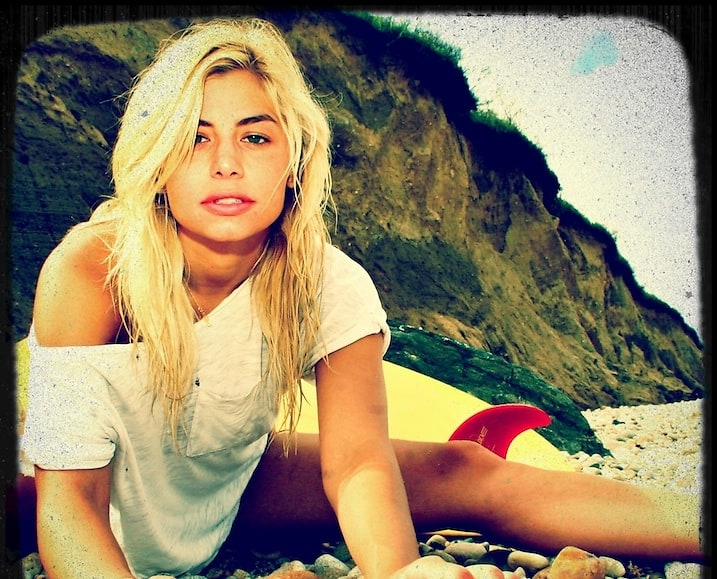 Celine Valensi is the keeper of the gates at The Crows Nest, which has differentiated itself from countless other trendy Montauk outposts with a dedication to quality. Located on a stretch on green grass over looking Lake Montauk, the property boasts a cozy chic hotel and Mediterranean eatery that is much more South of Italy than it is South of Mexico. Working as owner Sean MacPherson's right hand girl, Celine has put in her fair share of elbow grease since opening weekend in May of 2010.

Celine admits that she's barely left Montauk since May 9th, but when she gets to call the Crows Nest home (she lives on the property) who can blame her? And while her job has long hours and can prove to be stressful at times, she can always find time to chill out and cruise a wave or two at Ditch Plains on her lunch break. We sat down on the back porch at the Crows Nest to find out a little bit more about this buzz worthy restaurant, and we even got Celine's secret to nabbing one of their coveted tables. 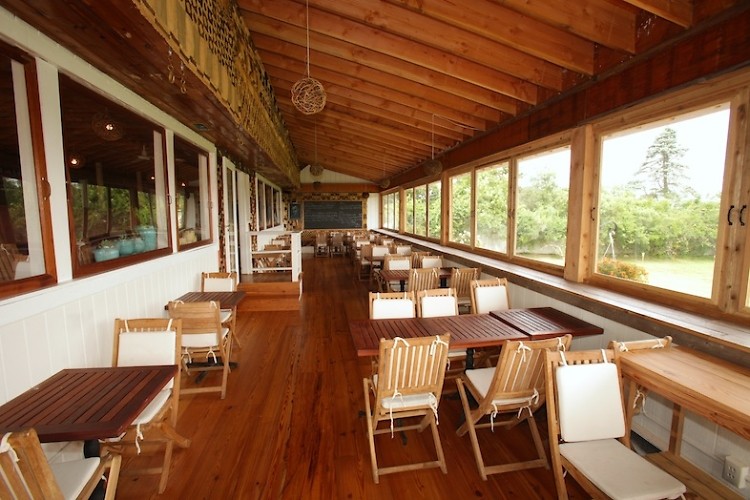 Q: Tell me a little about yourself? How did you get involved in the hotel and restaurant business? A: My mom owns a little French restaurant on the UES called Mon Petit Café and we’ve been in business there for 27 years. She opened it when she was pregnant with me, so I've literally been involved in the business since I was in the womb, but I never really wanted to do hospitality. But when I was young and sassy, I just wanted to make dough, so I ended up working at one quality restaurant after another. Eventually I started working at the Bowery Hotel, and then Gemma, where I first met Sean.

Q: How did you get involved with the Crows Nest? A: On May 15th 2010, Sean rang me up and was like you've got to go see this property, I’m thinking of buying it. I could obviously see that this spot had so much potential. We were there only a few weeks before Memorial Day and he hadn’t even signed the contract yet, but we knew with a ton of work we could get it open for the holiday weekend. Two days later Sean signed and we opened this place in 8 days. We basically did a pop up restaurant. Sean himself stapled canvas to the ceilings, we did everything we could on the restaurant to open in time. I called in every professional favor I had, and I was like "Hey do you wanna spend memorial day in the weekend?" And I was like "Just one catch, you have to open this restaurant with me. Hope that’s cool. Oh and PS you have to wear white overalls."

Q: So how did that first weekend go? A: We nailed it! We secretly opened the door, we put a pirate flag outside and wrote cash only on it and that was that. And we've been terribly busy from the time we opened until now.

Q: How do you like working with Sean? A: Sean is like a super rare bird. He's a little bit rock and roll, he's a little bit punk rock and so am I. He doesn't want to play by anybodies rules, which I totally relate to. Sean's wealth of knowledge is so deep, but our strengths are totally different. I never worked with anybody who I felt like could teach me things, and he teaches me things every day. It’s rewarding to know that when you open something with Sean it’s going to be successful. It’s really  up to the operator to fuck it up or not fuck it up.

Q: What is the crowd that the Crows Nest attracts? A: It's usually the same high end clientele we work with in the city, but they're on vacation and they act like it. They're definitely the same people, but they've traded in their heels for their flip flops.

Q: Whats the best part about working in Montauk? A: Its beautiful here. It honestly doesn't matter how many hours I work because even if I get an hour or two off a day, I just take my surfboard over to Ditch [Plains] and just cruise. I live in the hotel and every morning I wake up and it doesn't matter what the stress of yesterday brought because look what I'm waking up to. I feel like you get the best out of people professionally here, because they want to be here and they're so happy.

Q: What type of food can we expect coming out of the kitchen? A: We wanted to give our diners a break from the usual Montauk fare, so the menu is mostly Mediterranean foods, but it's all very light especially, because we will all be in swimsuits the next day. Chef Jeff Schwarz has really nailed what people want to eat. We try to do everything locally, organically and sustainably and we try to let our ingredients talk for themselves.

Q: What are some of the must order dishes? A: The Mezze platter with hummus, babganoush, tabouli and pita. The Whole Local Fluke is definitely the best value and of course you've got to try the local Little Neck Clams. 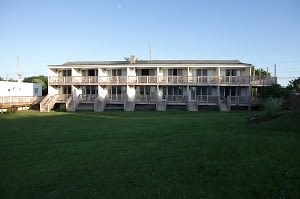 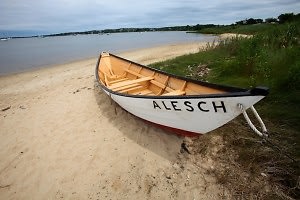 Q: Since you don't take reservations, what are your tips to snagging a coveted table at the Crows Nest? A: Don't show up with a red plastic cup! Also we serve lunch and we serve dinner 7 days a week. Saturday from 7 PM on is our busiest time, and you'll be waiting a long time to get a table.

Q: Where do you hang in MTK when you've got a night off? A: I only go out once a week to play bingo at Ruschmeyer’s on Thursday nights! There's a super groovy DJ and bingo is always super fun. It's just a good old fashioned dance party. And I'm a sucker for The Dock, a divish bar atmosphere, but it's excellent and they're open year round.