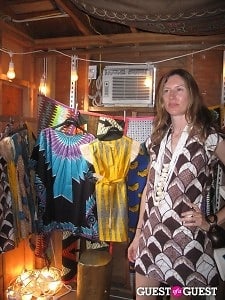 Beware jet setters, your oh so glamorous lifestyle is no longer in style, and you can blame the accessibility of your vacations spots for that. It is now far more acceptable, if not encouraged, to hop from one ridiculously hard to reach place to the next. There's one requirement, these unheard of paradises, deserts and beaches must be void of the corporate stamp that comes along with chain stores and massive resort hotels. Cue the creation of a term to describe this subculture that has evolved from the jet set lifestyle: gypset. That’s right, take that jet set mentality, mix in the carefree mindset of a gypsy and you are ready to explore the world. Gypsetters can be caught escaping to unknown and undiscovered towns such as San Pedro, Spain and Troncones, Mexico.

Julia Chaplin, the very gypsetter that is responsible for coining the term, has had the privilege and freedom to explore the farthest corners of the Earth through writing for publications such as the New York Times, Vogue and Elle. After reading Julia’s book, Gypset Style, I had to get some more information from her regarding the gypsetters, her travels, and this subculture that is quietly emerging under the radar.

Gypset Style indicates that the gypset lifestyle first showed signs of emergence in the late 60’s in the form of a hippie trail from Europe to Asia. She uses historical anecdotes to show that “a whole legacy of creative types have gone outside of society to create. They found these far corners of the world where they can go to find inspiration and create their own utopia.”

These early gypsetters, such as the Rolling Stones, Yves Saint Laurent and Talitha and John Paul Getty, Jr. are the individuals responsible for turning places like Marrakech and Ibiza into international hotspots. Modern gypsetters know to avoid these over-populated resort towns, instead choosing to vacation two or three hours up the road from these notoriously commercialized cities. 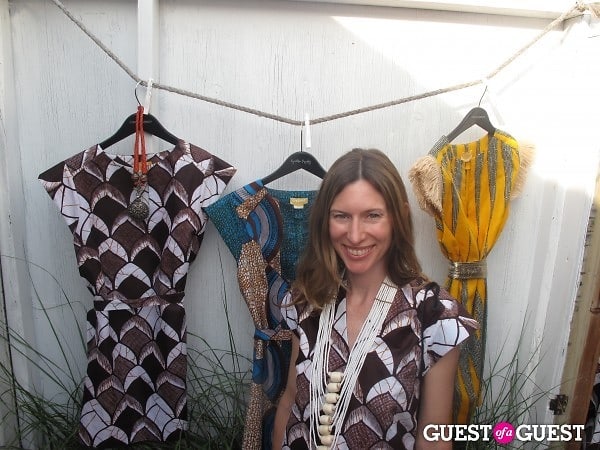 Julia felt a desire to help out her fellow gypsetters by producing a line of clothing that would fit in seamlessly with their carefree life. Titled the Galactic Weekender, Julia’s collection provides the gypset crowd with colorful yet versatile dresses and sarongs that are appropriate for any occasion in any time zone.

“When I’m traveling to these gypset enclaves, it is always beachy and warm. You don't want to show up wearing designer clothes. So I came up with these mini dresses that you can dress up or dress down. All you need is one dress, two pairs of shoes and a few accessories.” 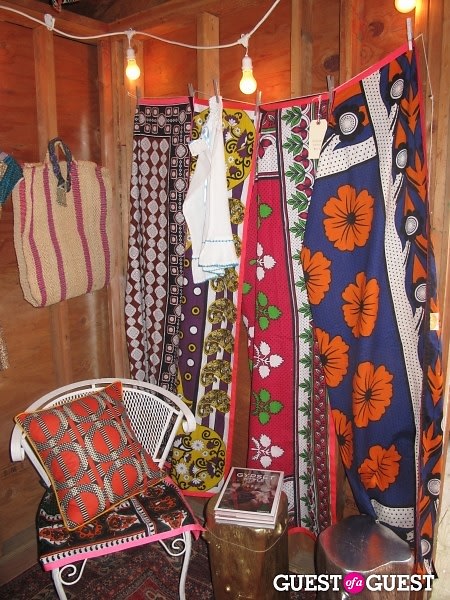 Part of the inspiration for the collection was the economy of space, so these are the perfect pieces to throw in your suitcase and go! The Galactic Weekender collection contains fabrics from both the East and West Coasts of Africa, some of which Julia picked up from various trips she made to Kenya. Each piece evokes the feeling of visiting these far off and hard to reach places, minus the dreaded jet lag and travel time.

A typical gypsetter spends most of their time in the city, but they always like to have a nearby enclave they can escape to in an instant. According to Julia, Montauk is perfect for the NYC gypsetter because,

“It was never meant to be an obvious place. Even though it has become trendy, it is still hard to get to under the best circumstances. Not to mention there are all of these amazingly creative people who come here every summer. Montauk is like a hive for fashion designers, ateliers and writers.”

Seeing as Montauk is an official gypset enclave, I asked Julia to educate me on where the gypsetters frequent. For a bite to eat Julia recommends The Crow’s Nest, which is notorious for it’s low-key vibe and fresh and delicious food. The coolest place to stay is “this little 1950’s motel, East Deck, that hasn’t changed their decorations in decades and is located on the main surf in Montauk. It’s like a gypset Four Seasons!” This hotel is extremely hard to get a room at, Julia warned. “Instead of getting a house out east, some people have been known to book a room here every weekend throughout the summer.” Good luck getting that reservation!

Once the summer is over and Montauk is once again a snowy and sleepy village, where can Julia and the rest of the gypset crowd be found? In the farthest and most unknown corners of the world, of course. One up and coming gypset spot that Julia shared with me was, “Puglia in Italy, which has held onto the original trulli architecture of domed roofs from the 19th century. The area has this weirdly Moor-ish vibe to it.”

For the surfing crowd, Julia recommends checking out Ghana for some serious waves. Another place that is far off the beaten track is “Alto Paraiso, which means tall paradise in Brazilian. I would describe it as an idyllic, mountainous hill place.”

Julia's designs are currently available at the Cynthia Rowley shop in Montauk.

I’m packing my bags right now. See you there?