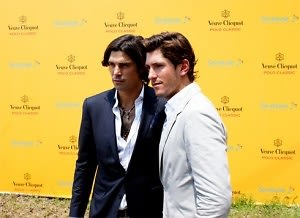 Summer in the Hamptons isn't quite right without a touch of polo here and there. A wonderful summer afternoon is always spent watching the sport and it's attractive athletes romp around on horses, while you get to sit back and sip on champagne. And while Argentinian polo star Nacho Figuera always gets named the favorite player of the season, this summer we've got our eyes on Nic Roldan, an Argentinian born, but American bred player who is also a brand ambassador for Piaget.

Nic got his start in the polo scene very, very early, and at the age of 14 was the youngest player to ever win the U.S. Open Polo Championship. Today Nic's accomplishments haven't stopped him from trying to break his own records, and that is exactly what he aims to do.

Far from the usual stereotype of a playboy polo player, Nic is dedicated to helping out his charity of choice, Rally for Kids with Cancer, and is enthusiastic about helping out children in need. This Saturday, Nic will host a Charity Polo Classic put on by Talent Resources, which wil benefit Rally For Kids With Cancer. He gave us the lowdown on what he has planned for his big event.

What are you most looking forward to about this year’s polo match?

This year’s event will be hosted at the home of a good friend of mine, Michael Burrico’s, Polo Estate in Watermill. It’s the perfect place to host such an amazing gathering. I will be playing a polo exhibition match during the event with some of the other players visiting the Hamptons. There will also be a silent auction to raise extra funds for Rally for Kids with Cancer, a charity that works to help find a cure for pediatric cancer. Drinks and hors d’oeuvres will be available to everyone as well during and after the match. 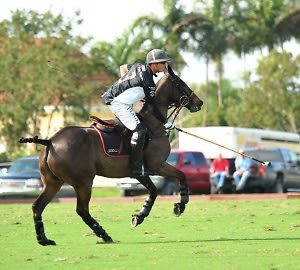 Who and what can we expect to see?

Every year this event grows more and more. You’ll find the who’s who of the Hamptons. Last year, the Charity Polo Classic attracted hundreds of socialites, polo fans and celebrities, all anxious to see an exciting polo match and raise money for such an amazing cause.

Tell us a little about Rally for Kids with Cancer, and why it’s important to you?

It’s completely unimaginable, having a child diagnosed with cancer. And yet, it happens every day. The money we raise at events like the Charity Polo Classic will help the families of those children, as well as help fund the development of a cure. I’ve worked with Rally for Kids with Cancer several times in the past, and I’m thrilled to help their efforts in any way that I can.

What’s your involvement with the event, is there anything about this match that will be different from prior years?

I absolutely love being in the Hamptons during the summer. The mood is so laid back and mellow. It’s one of my favorite places to be. Plus, the 4th of July weekend is so busy. I can’t think of a better way to spend it than on a polo estate watching a match, having drinks with friends, and raising money for a charity that’s so close to my heart. 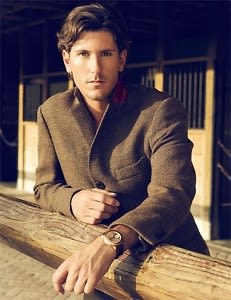 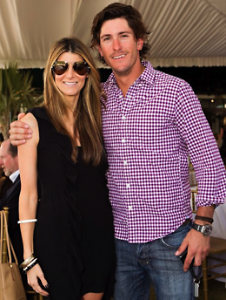 [Photo courtesy of Chiun Kai Shih, via, via]

Can you speak a bit about your history as a polo player?

I guess you could say polo is in my blood. My father was a professional polo player and his father was a polo player. I started riding at a very young age and became a professional at age 14 – becoming the youngest person to ever win the U.S. Open Polo Championship. From that moment on, I’ve been able to travel the world doing what I love. I’ve played on 5 continents, visited some of the most amazing places and met the most incredible people. I am now ranked at 8-goals and working hard to reach a 10-goal rating. I have played all the top tournaments in the world except the Argentine Open. That’s definitely on my bucket list!