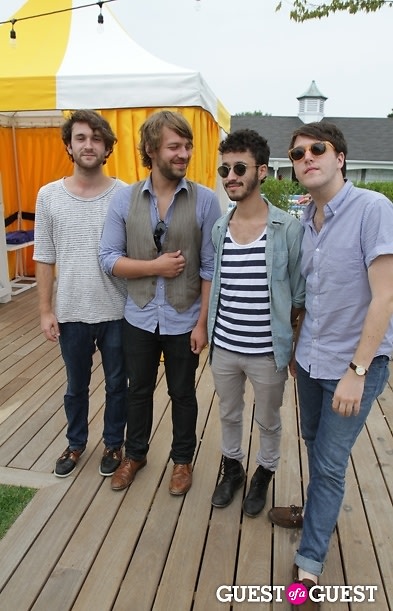 Armed with poppy melodies and a band uniform of denim and button downs, The Postelles are doing their best to bring back tradition to rock 'n' roll. With noted influences such as Buddy Holly and Amy Winehouse, the band is on a mission to stay away from the electronic sounds commonly heard today, and go back to the early days of doo wop and rock. The boys, Daniel Balk (lead vocals), Billy Cadden (drums), David Dargahi (lead guitar), and John Speyer (bass guitar), grew up in Manhattan, and decided to form a band in high school (Billy had to be recruited from a rival band). Soon the band was booking shows at the Bowery Electric and even catching the attention of Albert Hammond Jr. of The Strokes...

"We were playing a show at the Sidewalk Cafe, and Albert was walking by. My brother saw him and asked him to come in and have a listen. Albert liked it and it all started from there," said Balk.

In fact, the boys were soon taken under the wing of the famed rocker, as he helped them out with their music and their style.

"We would sometimes be satisfied with a sound, and Albert, being a perfectionist, would always push us to take it a step further," noted Balk. Hammond had some fashion tips for the boys as well, added Speyer, "As performers I think we owe it to our audience to look good," like bands of the 50's era. 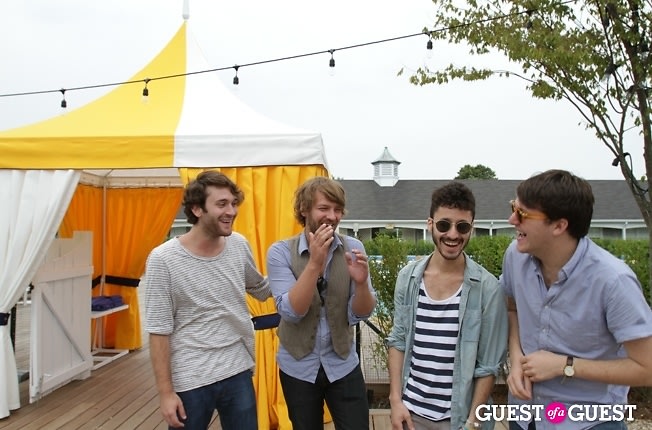 The Postelles laugh at the idea of planking...

Though they had a helping hand in their musical career (Hammond ending up being their producer), the boys have been working for their first album for about 4 years. They also just dropped a covers EP, "Summer Undercovers," dedicated to their fans with cover songs of bands like The Smiths.  Having just finished a headlining tour, and about to start another country-wide (including Canada) tour, they are happy their work has paid off, but are no where near being satisfied. Says Balk,

"We've heard our songs on the radio, but we haven't heard our whole album take up an hour on the air... that's what we want."

The band will be playing the main stage at the Escape 2 New York festival tomorrow, and are excited to be hanging out in the Hamptons. They mention Clam Bar on the Napeague stretch as a favorite spot to get food, and Southampton Social Club as fun place to party. They band will also be playing Surf Lodge in late August, so keep an eye out for these young rockers.

We got a special acoustic performance from lead singer, Daniel Balk. Check it out:

Check out their music video for "White Night" here: