We have kept you in the loop with everything from the changing line-up to the high end pop up shopping experience that will be happening at East Hampton's Music To Know festival. With the festival just weeks away, all the excitement has been met with some caution from residents surrounding the area out of fear that Music To Know may bring along too much chaos.

"My crowd looks at this and says, 'Who needs it?' It is a major infringement on the peace and tranquility of the town," says attorney Jeffrey Bragman, who launched a lawsuit on behalf of locals including several homeowners in Amagansett, the upscale village that was originally intended as the concert site. Community protests caused the event to be moved to a decommissioned runway at the East Hampton Airport. [via]

Mr. Bragman is not alone in his concern, even local business owners fear that it is just too much for the town to take on this time of year.

"We don't have enough traffic in August—like we need more?" says Elise Marmon of White's pharmacy on Main Street. "Where are these kids going to sleep for two days? Are they going to camp there?"

Restaurateur Barbara Layton, owner of Babette's, an eatery on upscale Newtown Lane, says the timing of the event, at the height of the vacation season, is all wrong. She worries there will be so much traffic on that August weekend that her regular customers will be put off, she says. "It will kill us," she says. [via]

Listen, I understand you see music festival, and it is easy to have images of Woodstock traffic jams and abused land flash through your brain. However, the Music To Know Festival is anticipating around 6,000 people per day to their ticketed event. With heavy security and high end shopping, it is not as though this is a free for all concert series with death metal bands. 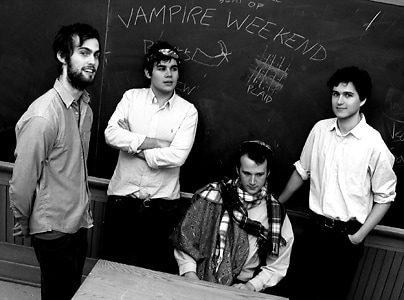 The line-up includes a girl that sang at the royal wedding, and a band made up of a group of Ivy league kids. The crowd will most likely be drawing more of a hipster/hampster feel more than a group of radicals trying to change a generation. But, it is only natural for locals to prepare for the worse. Fearing that the dogs of the Animal Rescue Fund of the Hamptons will suffer from the music and vibrations, they have their bases covered for the weekend of August 13th.

Along with the possibility of tranquilizers and earmuffs, soothing classical music will be pumped through the kennels to drown out the rock music din.

So it looks as though the kids at the festival won't be the only animals popping pills that weekend... rock on.