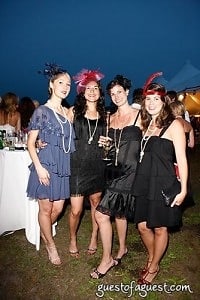 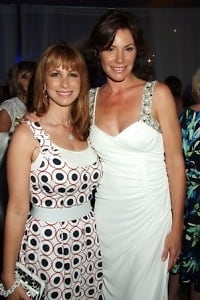 Beaches didn't have one at all (hello, hippie earth mother would have been awesome) and we didn't really have any diamonds to flesh out our denim, so roaring twenties it was.

As we arrived, we saw a distinctly 21st century-attired couple making their way up the drive. "I think it's so rude when people don't wear costumes," Rachelle remarked, and I was inclined to agree. Luckily, as you can see from Zev's gorgeous photos, that couple proved to be an anomaly, but such was not the case over at the Diamond Estate in Water Mill.

As you can see from Rob Rich's photos, there was nary a pair Tsubis to be seen, though there were plenty of precious stones. C'mon people, this was an easy one; what on earth were your excuses for not adhering to it?