[All photos by Adriel Reboh for PMc]

Reality star, music artist, philanthropist and of course, party legend. Sir Ivan lives up to his name once again with CASTLESTOCK 2009, his party to benefit his charity, the Peaceman Foundation. Every year, Sir Ivan throws an over-the-top party at his Water Mill estate, "the Playboy Mansion of the East Coast", where guests partake in a lavish event at his fully decked out castle. This year the theme was "Castlestock", in honor of the 40th anniversary of Woodstock. Shuttle buses transported guests up to the gates of Sir Ivan's castle (which has appeared on travel channels, documentaries and reality shows) where they were transported into what seemed to be Woodstock '09. Party-goers got to celebrate outside Sir Ivan's 15,000 square foot home, complete with a drawbridge, surrounding his pool, bungalows, and lawn. What seemed like hundreds of blankets were laid out in front of projection screens of movies and music videos, 3 foot high daisies decorated the yard, and a huge American Flag with a peace sign that had "Sir Ivan" scrawled across it hung from the side of the castle. Strobe lights and different colored bulbs flashed across the yards while girls in glittering winged costumes, including Mina Otsuka, Sir Ivan's girlfriend, performed gymnast-esque dances on a platform in the middle of the pool. Open bars kept the party going long past it's 1am shutdown time, as photographers Patrick McMullan and Adriel Reboh documented the nights events, including a few overzealous guests who stripped down to the buff for some late night swimming. The best party of the summer? Those words were heard off the tongues of more than a few people who attended the night's fete - maybe even ours.

[Photos below by JT WHITE. For more photos, go HERE to tag you and your FRIENDS!] 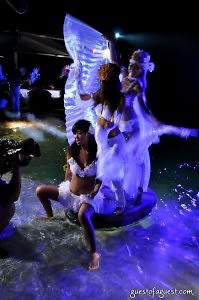 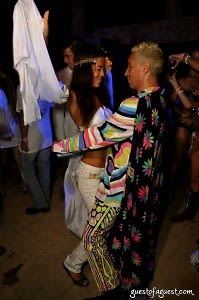 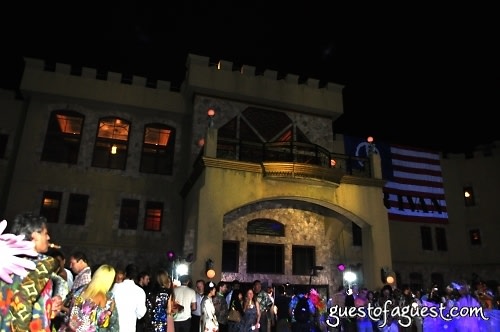 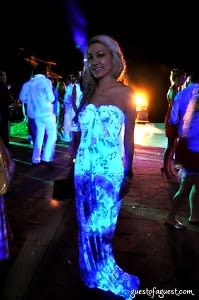 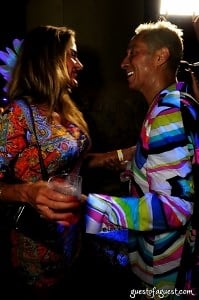 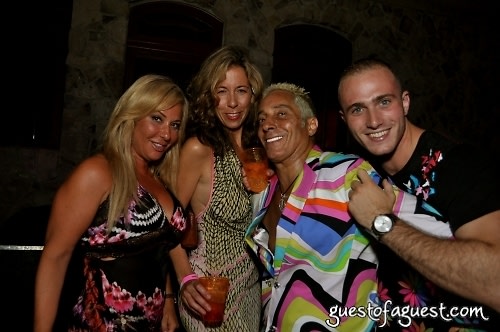 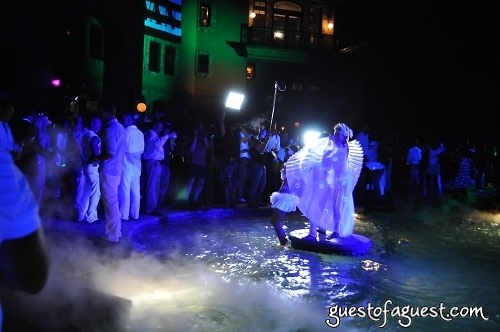 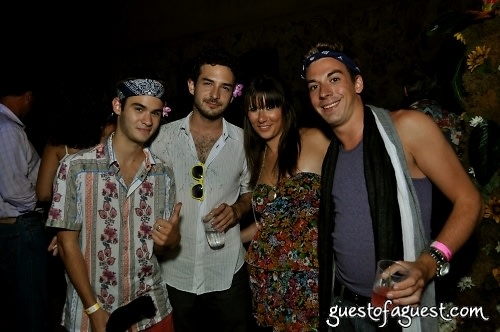 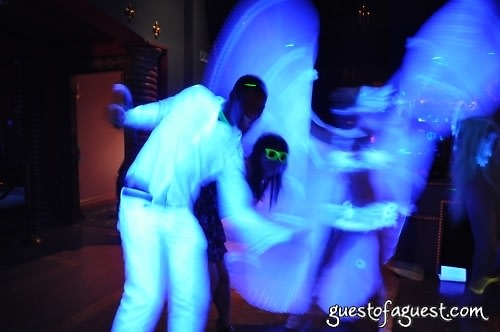