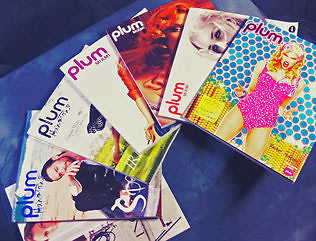 [Photo via] Inside turmoil seems to be causing more damage to the Plum Network than we saw Irene's wrath do to their Bridgehampton studio. Last Thursday, some unresolved financial requests prompted their CEO Jerry Powers, who had been with Plum since November, to resign. During a big conference call the ex-CEO asked the board of directors for about $300,000 to pay outstanding bills of "payroll, sales commission and free-lance writer" costs, according to Gatecrasher. The phone call ended, the amount not granted, and Powers emailed the board his letter of resignation.

According to Powers, the brand has been struggling with their finances. Aside from the recent New York State Department of Labor investigation sifting through the company's payroll records and books since 2008 and recent increase of layoffs, Powers said "by the time I got there, they had already gone through $64 million." He continued with his "triple convergence" initiative of expanding the Plum Network across three platforms with the addition of print. And oh how we love those glossy magazine books, free of charge, giving us all the shiny Plum coverage. Please work it out Plum, for our beach reading's sake!