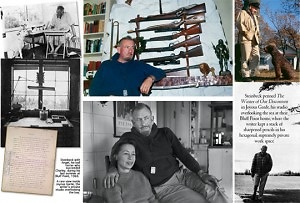 Sag Harbor is no stranger to the literary world, so its no surprise that at age 53, John Steinbeck decided to call it home. But as Dan's Hamptons' Dan Rattiner describes, the Sag Harbor he knew in 1955 was different from the Sag Harbor today. Most commonly glorified in literature as a whaling town and currently known as a tourist attraction, it was neither of these in 1955. For Steinbeck, it was a blue-collar town that provided enough history for inspiration, but also enough seclusion to hide away from fans.

Steinbeck would often frequent Paradise Cafe, Black Buoy (which is still missed sicne its closing in the 80's) and the Sandbar. He spent a lot of time on his boat the Fayre Eleyne with his wife and family. And although this certainly seems to be the perfect way to retire in old age, Steinbeck decided the travel through 22 states... or so he said. 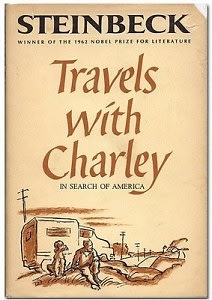 Travels with Charley is not considered his best work, but it still holds the title of an American classic. The charming anecdotes of the people he encountered provides for a real patriotic sentiment and who wouldn't love that? The problem is, he seems to have made most of it up. Bill Steigerwald hoped to re-create the 3-month trip across the country, but when he began his research, he began to discover that the facts didn't match up with the novel. As his research continued on, the discrepancies piled up.

Where was he getting all the dirt? According to Dan's Hamptons' Dan Rattiner,

"Before he (Steigerwald) set out, Steigerwald matched up the chronology you could put together from several sources: the published book, the first draft, biographies written about Steinbeck, newspaper articles written in 1960 and 1961, Steinbeck's papers kept in libraries and museums and the letters that he and Elaine wrote back and forth to one another during those months."

What he found were accounts of Steinbeck spending most of his time in California, including luxury hotels in San Francisco, a dude ranch, and his own home that he owned. And although he claimed to be alone, besides his faithful canine companion Charley, his wife was also with him for more than half of the trip. Read more discrepancies Here. 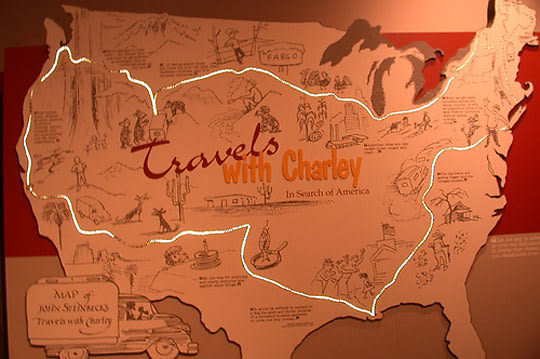 Although we hate to say this about one of our favorite Hamptonians, make room for Travels With Charley on the fiction shelf everybody, right next to A Million Little Pieces.