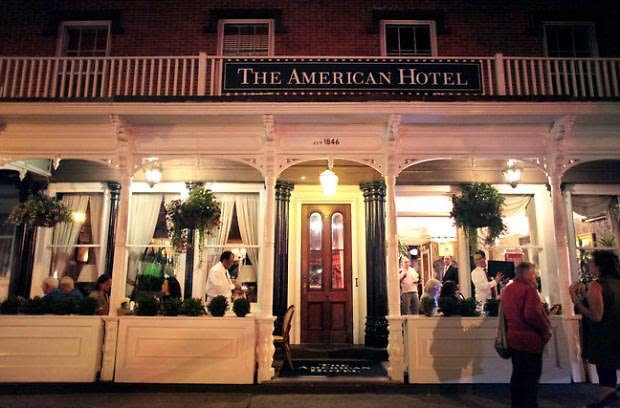 At the American Hotel in Sag Harbor, the personality, charm and drinks are eternal. Ted Conklin bought the space in 1972 when it was a boardinghouse, a saloon with outhouses and a cellar filled with coal on the East End of Long Island. Ever since then, the hotel has build its way up and now has its own bar and restaurant with eight rooms to entertain all kinds of guests from the literary scene to the music industry. [Photo via]

The staple of this hotel, the cocktails, come to you courtesy of the two bartenders, Mr. Rom and Paul Novack, who have been there for upwards of 35 years combined. The decor at this spot has yet to change from nautical paintings, Liquers Dolfi poster and moose head. The bar has served some of the biggest names in writing and other industries including Willie Morris, Wilfrid Sheed, Hugh L. Carey, Truman Capote, E. L. Doctorow, Robert A. Caro, Jimmy Buffett, Billy Joel and Bono. 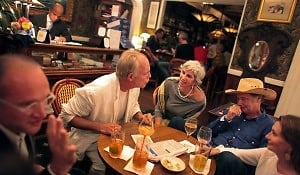 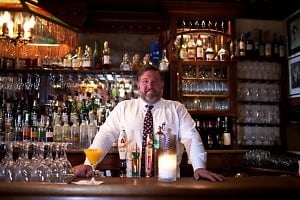 The American Hotel is like a Hamptons murder mystery, or a real life version of Clue. But don't let the mystic demeanor of the hotspot deter you. Embrace the classic Hamptons hotel and come have a drink. This place is the definition of old school, and is refreshingly far from other trendy spots that have popped up from Southampton to Montauk.