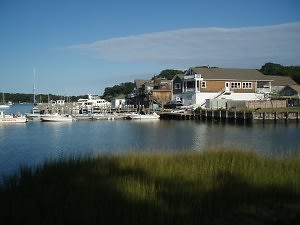 According to Patch, an earlier version of the district lines

"...would have included less of Brookhaven in the new First District, and all of Southold Town. But Southold officials opposed sharing an assemblyman with the South Fork, worrying that North Fork interests would not be adequately represented in Albany. The state task force that drafted the new districts maps revised the lines in response to the criticism, leaving each fork with its own representative."

Assemblyman Dan Losquardo, who represents the current First Assembly (of which Shelter Island is a part of) said he will be "sad" to lose Shelter Island, but ultimately thinks the change is for the better. He spoke to Patch, saying,

“Shelter Island has a very unique circumstance as an island within an island. As long as their representative takes the time to learn their issues, Shelter Island will be well represented, and I think Mr. Thiele will do a fine job.”

Shelter Island's ferry service makes it a unique location in terms of creating assembly districts because the ferries run from one district to another, but with the assemblymen all committed a smooth changeover, the summer is sure to be off to a good start.