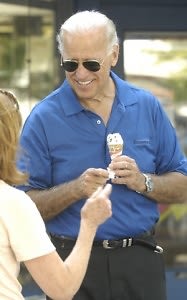 According to ABC, Vice President Joe Biden has decided to vacation with us once again this week in Southampton. The last time he was here was Memorial Day Weekend, which was probably a little more enjoyable than his current stay, where he was greeted by striking Verizon workers outside of his vacation home this morning. Talk about a wake up call. Hopefully he will be able to hit the beach and try to take his mind off things for a while. Too bad President Barack Obama and his family aren't joining as well, they chose Nantucket later this month instead. I wonder how Brian Williams feels about all of this...[Photo via]