The Hamptons Free Ride boys are back again this summer, and this season they're hitting up Southampton. The electric shuttle had its inaugural ride back in 2011, when locals James Mirras and Alex Esposito started driving people, including Bon Jovi, around the Hamptons beaches for free. On top of their service in East Hampton, Montauk, and Amagansett, the Hamptons Free Ride boys will be cruising out to Southampton beginning on Memorial Day. They partnered with Southampton locals, Chris and Stacy Dimon, to launch the new route. Now, getting around town and to Cooper's beach will be easier than ever. 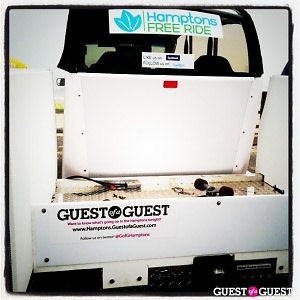 With past sponsors including Zappos, Heineken, East End Tick Control, Flywheel Sports, and Royal Botania, chances are you'll be walking away with a bunch of free goodies this year as well.

"Free" is the business model these boys have been sticking with says Esposito, "Putting your brand in someone's hands is really the best way to market; the advertisement keeps reoccurring, and people really like free stuff. The consumer's state of mind is often overlooked when advertising. Who wants to look at a billboard when they're stuck in traffic."

If you're looking for a free ride and some free goodies, go ahead and flag down a Hamptons Free Ride.

Check out www.hamptonsfreeride.com for routes and details, and their Twitter @HamptnsFreeRide.

Check out the new route below! 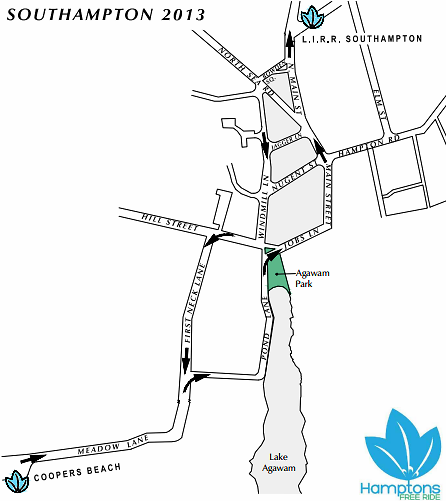 [Hamptons Free Ride Gives Free Rides To Celebs, And Us]