When the Parrish Art Museum vacates the landmark 25 Jobs Lane building in Southampton Village at the end of 2012, construction on a new cultural institution, the Southampton Center, will commence. It was announced yesterday that the award winning architecture firm Machado and Silvetti Associates has been selected to redesign, and renovate the building.

The selection will be officially announced by the Planning Commission of the Village on Thursday, July 12th during the Southampton Village Board of Trustees meeting. Lead architect Jorge Silvetti will also make a presentation at the meeting, conveying his goal to refurbish the building into a dynamic venue. Having previously worked on celebrated building such as the Boston Public Library and the Getty Villa in Los Angeles, the building is sure to be an visually pleasing addition to Jobs Lane. 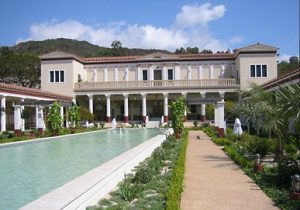 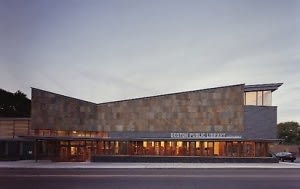 [The Getty Villa, Boston Public Library via, via]

The Southampton Center plans to bring an eclectic group of world class artists, performers, and educators to the East End to bolster the arts and culture for the entire community.

“Machado and Silvetti fits the tasks perfectly; an internationally renowned firm who has specialized in the work of transforming great historic buildings for 21st century uses. They will be an ideal partner as we move forward in developing Southampton Center as a new cultural institution for the Village,”

Originally, the 25 Jobs Lane building was designed by legendary architect Grosvenor Atterbury in the late 19th century. One of Atterbury's other projects, the Rockefeller Barns at Pocantico Hills, NY, was also renovated by Machado and Silvetti and won awards for design excellence. If this is any indicator, we can look forward to brilliant things from the Southampton Center for many years to come.