[Photos by R. Cole for Rob Rich] We don't condone urinating in public, but sometimes when you have to go, you have to go. This guy was apparently in one of those emergency situations when he was caught peeing outside in a sand-filled bucket on the deck of Surf Lodge. Maybe we shouldn't assume he was peeing in the tin pail (meant for trashing cigarettes, not for filling with whiz) but judging by his stance and the laughing/pointing that occurred by his friend, we think our assumption is correct and we don't blame him. If you've ever seen the lines for the girls and boys rooms at the Montauk hot spot, you might consider picking the pail over the toilet too.

There were even a few advantages of his decision to take a leak outdoors. He went green and conserved water by not using the toilet (or washing his hands. ew.), he didn't have to walk around Surf Lodge with a huge wet spot on the crotch of his shorts, and he gave his friend a funny story to tell everyone she knows. 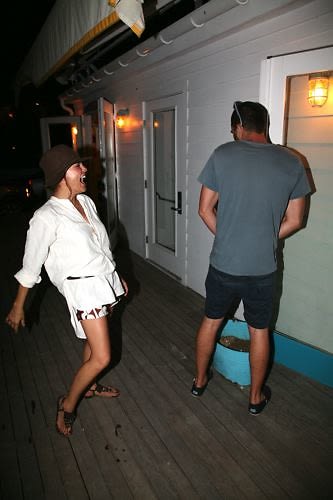