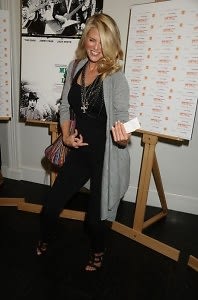 [Christie Brinkley rocking out for photographers. All photos by Rob Rich] Christie Brinkley was ready to rock Friday night for the highly anticipated Hamptons screening of It Might Get Loud at the Guild Hall in East Hampton. She was so ready in fact, that she busted out her air guitar before taking her seat to watch the film directed by Academy Award winner Davis Guggenheim (Inconvenient Truth). Christie Brinkley has been spotted in the Hamptons channeling her inner stage mom, having fun on the red carpet, and now showing off her invisible string-strumming skills. Hm...Is it possible we have a former cover girl turned Guitar Hero pro on our hands? More photos below and check back later today for full coverage from Friday night's Hamptons screening. 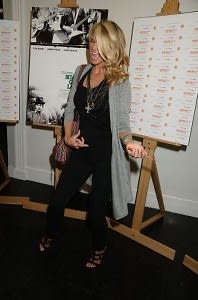 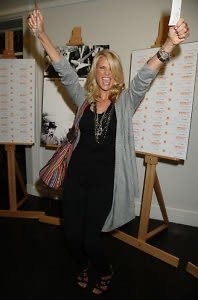