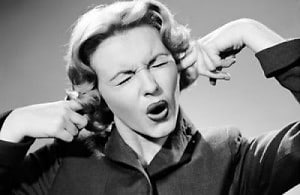 What would summer be without that one rotation of songs that you just can't escape, no matter what station you're listening to. Plus, besides Christmas, its the most vulnerable season to get slammed with bad, one-hit wonders because people are drunk all the time and a lot happier, so we're a lot more forgiving. Well, don't worry I have come up with the (un)official list of horrible songs this season, so keep slugging those brews and listen up.

1. Blackout by Breathe Carolina - I was tempted to do an entire post on this one song, but I knew that it would just end up being a long, angry rant, so I will try to compress my thoughts on this sad excuse for a song as much as possible.

The first thing to be noted, is that hook of the song is "I won't blackout." Have we really nothing else to say at this point? Have all the badly written dance anthems used up all the already-corny lines? Are we in a drought of bad song concepts? What exactly is going on here? Here's part of the chorus:

Okay so let's get this straight. First he says let's go harder, he's on fire. Then he says he's not going to blackout, but then continues to say he's on his way and that he's only getting started. I'm not sure who he is trying to fool, but it's not me and apparently he's not fooling himself. So if those two parties aren't fooled I'm sure the chick in question knows what's going on. The only real fools in this situation are the ones who listen/play this god-awful song.

Here's a video with lyrics so you can sing along!!!!

2. The Lazy Song by Bruno Mars - I think we as a society should be embarrassed that we like this song. The problem is I can't even say that I don't like this song because whenever I come across it on the radio I keep it on. And I know the words. But I don't want to know the words and I want to keep scanning the radio but some evil force of nature keeps my fingers away from the dial. And the lyrics sound like they were written by a perverted 12 year old, in that they are not creative and talk about putting his hands down his pants and having sex with chicks and just being naked in general. Plus the music video is really strange.

3. Novacane by Frank Ocean - THIS song. So okay, it starts off and you're like alright, he's been jaded by some chick, he can't go back to the way he was, blah, blah, blah, drugs, drugs, drugs, whatever. Then you realize the chick is a stripper/porn star/has great boobs? Oh. And then he keeps repeating that he can't feel his face and he just repeats the word "novacane" a lot. I'd be lying if I said I don't listen to this song when I hear it, but I can never really hear the song anyway because I'm laughing too loudly over it. Really special.

4. California King Bed by Rihanna - I'm always trying to give Rihanna second chances. I really am. But the thing is this song sucks in a major way. In this California king bed? What is she even talking about now? Also, just because you lay chest to chest with someone does not make you "that close" and quite frankly, that is totally the most uncomfortable position. Hello, spooning was created for a reason. If you weren't spooning with this guy, Riri, then ya weren't that close. Sorry.

All the poor girl wants is a little spooning, is that so much to ask?

5. She Ain't You by Chris Brown - Speaking of Rihanna, Chris Brown also needs a reality check. She Ain't You could have been a really sweet song about someone who really did regret what they did and wanted to fight (pun intended) to get his girl back. But it's Chris Brown and I don't feel bad for you Chris. I think whoever this girl is that you are speaking of made the best decision of her life by breaking up with you. 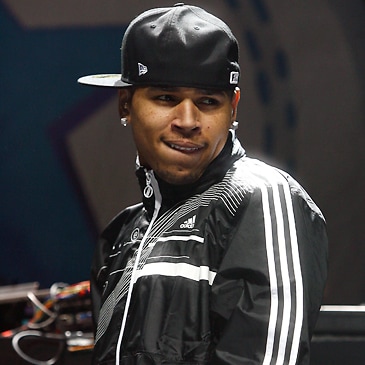 [via] This was probably taken right after he sang "She Ain't You" and he already began to be disgusting towards some chick.

6. I'm Into You by Jennifer Lopez and Lil' Wayne - J.Lo and Lil' Wayne? Excuse me? Clearly these two will do just about anything for money at this point, but this song has been out for a while now and it still makes me cringe because it's so uncomfortable. Also, "I feel lucky like a four leaf clover"? REALLY? J.Lo you are an icon, a household name, you are an American Dream success story and this is the processed crap you are feeding me!? No self-respecting Latina would tell someone they feel like a four leaf clover.

7. Raise Your Glass by P!nk - Pink has been around for quite a while and usually it's not worth your time to cramp her style because she won't give a shit, but the line "Party crasher, panty snatcher" really just doesn't sit well with me. At all. Panty snatcher? What? Why, Pink, why? I get what you're saying girl, you want people to let loose and have fun and get crazy (or dancey, whatever) but I will not stand for any panty snatching ever, no matter how drunk you are I may be. It's never funny, it's never forgivable and it's never okay. 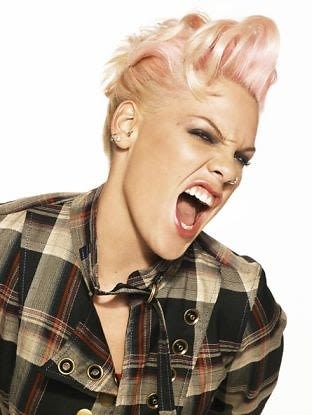