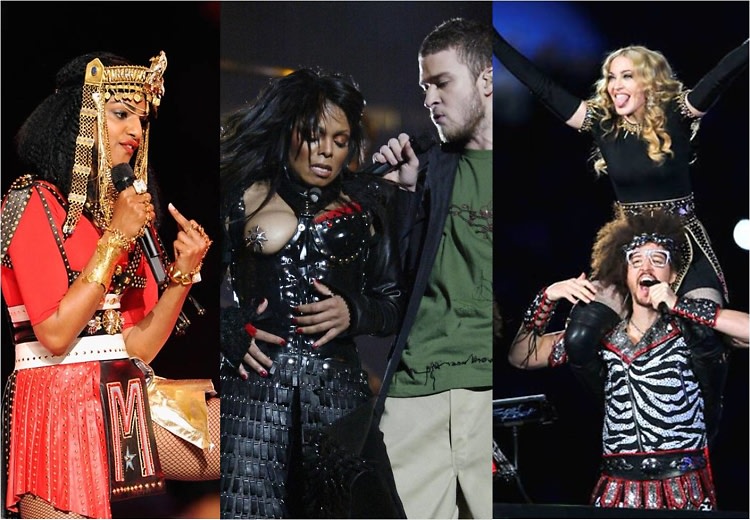 [M.I.A. via, Janet Jackson, Justin Timberlake via, Madonna, LMFAO via]

We don't know if the Seahawks or the Broncos will be victorious at this weekend's Super Bowl XLVIII, but we do know Bruno Mars will likely put forth a winning performance. We commend Pepsi's choice of performer as Super Bowl halftime shows have a tendency to be uniquely horrifying mashups of pop culture that are as awkward and uncomfortable to watch as they are compelling for their overwhelming awfulness. How bad could they really be? Let us count the ways. Following up yesterday's bottom five on our list with Part 1, we bring you our top five of the 10 most ridiculous Super Bowl Halftime Shows ever, from Bryan Boitano gracefully figure skating on the fifty yard line to M.I.A. flipping America the bird, and of course nipplegate.