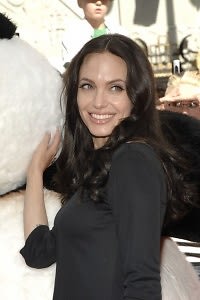 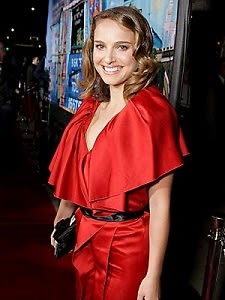 Christopher Bagley assured W Magazine readers that Angelina Jolie, the "onetime badass babe" has in no way become completely "soft" in this month's issue, though we aren't so sure.  Look at these photos we got our hands on from the Kung Fu Panda's DVD and Blu-ray debut party at Gruman's Chinese Theater in Hollywood just last night.  Angelina is looking as soft as American sweetheart Nataline Portman. Another similarity: they also both recently just starred in children's movies with Dennis Hoffman.

Click below for more from W and more photos from last night's debut:

[Photos by ANDREAS BRANCH for PMc]

Any concerns that Angelina Jolie—the onetime badass babe who’s now better known as a tireless human-rights crusader and contented mother of six—has gone completely soft are quickly dispelled during a visit to her family’s rented château in the South of France. Shortly after I’m escorted onto the 988-acre property where the family has been living since June, Jolie, who moments before was breastfeeding her seven-week-old twins, zooms up the dirt driveway in a Yamaha all-terrain vehicle, wearing a long black dress and dark sunglasses, her hair whipping in the wind. A bit later, as Jolie maneuvers the ATV over a series of potholed trails while giving a tour of the compound’s Provence-perfect vineyards, forests and olive groves, she inadvertently steers us into an area where local hunters are tracking wild boar. “Bonjour!” she shouts to one bemused man who’s armed with a rifle, before driving us back toward a cross fire–free zone.