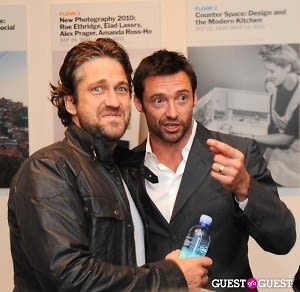 Last night at the The Global Poverty Project Launch of the 1.4 Billion Reasons DVD held at MoMA, Hugh Jackman clued us into his new workout regimen and how his first job is seriously at odds with his current lifestyle. See how Jackman is buffing up to reprise his role as Wolverine for X-Men 4, and learn about the, er, whipped cream situation.

Jackman admitted his first job once of school in Sydney was at the 7-11.

"Six weeks at 7-11, and I got fired, because this lady said I spoke too much to the customers."

Then he paused and recollected further about the deciding low-moment.

"I found a dented, almost out-of-date can of Dairy Whip, and I was stacking the shelves, cause what happens when it has a dent in it, you have to give it back," he said as he pantomimed shotgunning a can of cream. "And she caught me! That was the final straw."

Jackman said he then worked for a few years at a Shell service station, a far cry from his Hollywood and Broadway stardom.

He can't fulfill his craving for sweets these days as he trains for the Wolverine role, because, he says, the ultimate result is 70% is diet and 30% workout.  Jackman is actually taking his advice from Dwayne Johnson, aka the Rock. 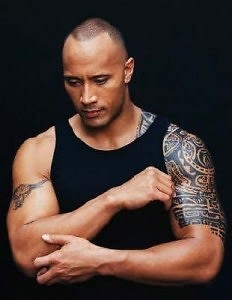 Jackman, ever the performer, tried to capture his reaction. "And then I went..." he said, recreating his shocked state, bug-eyed and all, as if he had been cartoonishly gonged with a soup pot over his head.

Jackman asked the Rock to break that down for him per meal and had the movie crew cook him up those portions.

His wife, Deborra-Lee Furness, though she had no doubts husband's ability to persevere, enlightened us about one potential Achilles Heal of a food he couldn't kick.

"My husband is extremely disciplined," she said, "but I think dark chocolate. As long as it's fair-trade."

Even if Jackman were to cheat on his diet, alas, it would have to be politically correct.