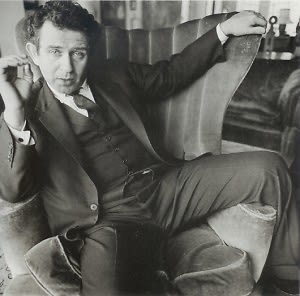 New Journalism giant and notorious wife-swapping expert Gay Talese, who insisted someone fetch him a Scotch on the rocks during the interview, spoke about Mailer's personality mirrored the journalistic beats he covered. 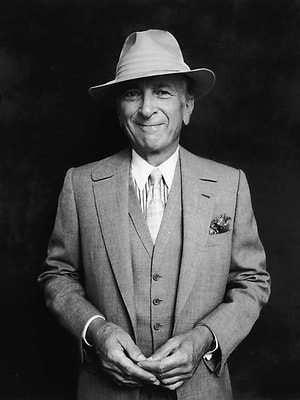 -he groaningly began in the style of a grandfatherly raconteur. Talese was on staff at The New York Times sports beat and met Mailer while both covered boxing.

"I met him at prize fights in the 1950s. And we liked some of the same fighters,"

he said marveling at the old-schoolness of his anecdote and his predilection for fighters Floyd Patterson and José Torres.

Talese implied that Mailer equated the ring-side environment with his own demonstrations of virility:

"Mailer, he liked hanging around boxing, because he liked thinking of himself as a fighter, and so all that gesturing and pontificating and sometimes insulting was connected to his masculine sense of self. But I don't think that was ever the real Mailer."

Talese seems to have seen the gentler side of the man:

"The real Mailer...you know, in front he has all this bullshit posturing, but in the interior of his private life and also in his professional life as a writer, he was a man who was very gentle, not the hostile, fist-fighting, insult-peddling person; he was a very gentle man and also very kindly toward people that couldn’t do a damn thing for him. He wasn’t opportunistic. He never was opportunistic."

"Oh, boy, is that Scotch…oh, man, you are…” he said, elliptically speechless.

A woman arrived with a thick Slavic accent to Talese and purred, "You wanted me for five minutes?"

Easy now; it turns out Talese, who emceed last night, innocently needed to go over some of his speech notes.

But we wanted to know if Mailer's reputation of having a "splendid cock," as Mailer's sixth wife put it in her memoir played into a deviant sexual reputation...

"He was a man who--every affair he sort of married," Talese said. "He wasn’t, he wasn’t promiscuous. He married--what?--five people. I mean he really was a guy who took his relationships pretty seriously."

Nan Talese, Gay's wife and publishing maven, was on hand as well and spoke of her relationship with Mailer, who had approached her about publishing a book of his on the early years of Picasso (a deal that ultimately proved abortive). 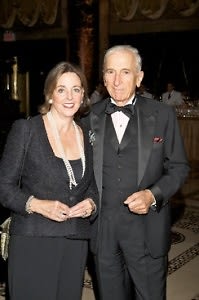 She seconded her husband's assessment of Mailer's gentleness in light of the aggression.

“He was such a sweet, kind man, and I know that people don’t think of him like that. He was very macho, but gentleman…but macho men don’t have to, and of course the stabbing of his wife Adele…and then he got in arguments about feminism, but he was terrific."

Nearby Mailer's actor son Stephen was on hand in addition to Mailer's psychoanalyst daughter, Susan.

Susan, who schmoozed with her husband Marco Colodro, spoke of the warmth Mailer had shown to his first son-in-law. Marco met Susan in Mexico after being exiled from Chile for supporting the Allende government during the Pinochet era.

Susan joked she would never psychoanalyze her father's writing:  "And I never will. I can’t. It's too close."

A woman named Margaret Rapaport told Susan she had been friend of Mailer's as Cape Cod denizens.

"I had the great pleasure of talking with your father in various ways over the years," she said. "I'm a doctor turned writer if that doesn't tell you everything."

Rapaport went on to tell me about the intricacies of the promiscuous colony of Provincetown, which she described as "thin, in the Celtic notion of the word." I asked her to explain, and she said it's a sphere where the "realms of dreams and possibility meet in reality," punctuating her comments with a wink.

Backing away, we caught up with Turkish novelist Orhan Pamuk, winner of the 2006 Nobel Prize in Literature. After some banter in which he praised the Swedish Academy's choice of Mario Vargas Llosa for this year's Nobel (he's read twelve MVLl books) and some chatting about Pamuk's own new novel-in-progress about "the underground of Istanbul--street vendors, poor people, immigrants from Anatolia," he cut to the chase about the crushing realities of his first interaction with Mailer, a hero of his. 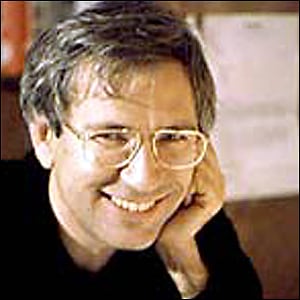 He met Mailer at a boozy Upper East Side party at the apartment of novelist Jean Stein,

"This was in the early 90's, for me very important--you know--Victor Hugo of American literature. Let me talk to him! Then I go to approach him and then I guess I was also a guest of honor or something, so I said, 'Mr. Mailer, I'm finally gonna talk...' and he said, 'LET'S EAT" and he went to the buffet."

Whether he was sweet or ferocious, Mailer's reputation leaves him an aura of gut pragmatism.