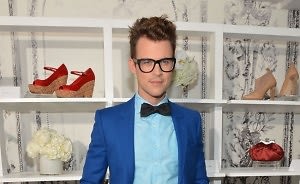 Brad Goreski may have gained fame through his role as Rachel Zoe's assistant, but he's come a long way since his days on The Rachel Zoe Project and now in addition to working as a celebrity stylist, Goreski starred in his own reality series, It's A Brad, Brad World, and recently penned a memoir, Born To Be Brad. His latest project is the launch of the eBay Selling Style Studio, and he sat down to tell us more about what he's been up to, and his plans for the future.

Can you tell me a little bit about how you got involved in the eBay Selling Style Studio?

I'm the head of the Chic Squad, myself and Danielle Nachmani and some of eBay's top sellers. eBay has come out with this amazing new Mobile App where you now can sell on the go anywhere you are in just 4 simple steps:  Script, Shoot, Price, and List. Within those steps you want to make a great description for your item, then you want to take a really beautiful photo make sure the lighting is good, any detail shots so the buyer can really see what the item is, then you can list it and sell it and put your money towards the new fashion finds your lusting after this season.

Why did you want to do this?

Well as a stylist my clients often asked me to help them with their closets, to also help them figure out if they really need that dress or that pair of shoes and myself too as someone who loves clothes I'm constantly trying to take things out of my closet. I think this is a really really great way for everybody to free up some space to allow some new friends to come into your life so to speak.

See there you go. What's the thing on your mind right now, that you're like oh I think I can put those on eBay?

Jeans, a hundred pairs of jeans.

And jeans are like one of the number one sellers.

What exactly is the Chic Squad? And who else is on it?

Myself, Danielle Nachmani, a Celebrity Stylist, and a Fashion Editor, Christina who'se one of the top eBay sellers, this mobile selling studio is going to be going to Dallas, San Fransisco, and LA. Danielle is going to be heading the events in Dallas and San Francisco and I'll be in LA in July.

Have you found anything cool on eBay? 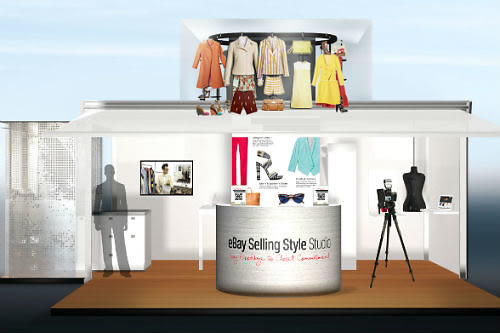 Two things, I recently just got a vintage Barbara Stressand Tshirt from 1997 and I also purchased it's a 1950's Danish designed rosewood desk for my office.

Your book came out earlier this year, how was that experience?

It was awesome. Being on a book tour was such a cool thing to be able to interact with people and get some feedback on the book, which was very very positive and to meet so many young people, and mothers and grandmothers. It was fun to go around the United States and people wearing pops of color everywhere.

Any more plans to write another book?

Not really at the moment. I do definitely want to do it, I loved writing the book and being on tour. I think it's a nice way to connect with people. I think on this level with Born to Be Brad I connected with people on a very personal level, and I think the next time will be like Full Frontal Fashion.

What can we expect next from you? What's your next project?

I'm very excited to be working with eBay on this and I'm really busy with my clients and I'm going to be traveling a lot between now and September and of course with Kate Spade NY.

How would you define your personal style?

Personally I'm really inspired by the 90's at the moment, Christian Lacroix, like the opulence, Versace, then kind filtering down to the sexiness and the simplicity of Tom Ford for Gucci, those have been really important references for me recently. And then personally, I really do look towards the designers that I wear a lot. I love Christian Louboutin men's shoes, Michael Bastien, Tom Brown, D Squared, all of those guys I love what they're doing Maroln Goble is a new designer who is really pushing the boundaries, Givenchy. I like designers that push men and push them to be a little more bold and they give me fun things to play with.

What advice can you give to someone who's never sold anything on eBay?

My advice for you would be to go through your closet, pick out those things that you've never worn or already had a moment in and are ready to sell. I think the biggest thing is that it's really simple to sell now and you can do it anywhere, on the go, with the mobile app, it's easy to do as 1,2,3,4. 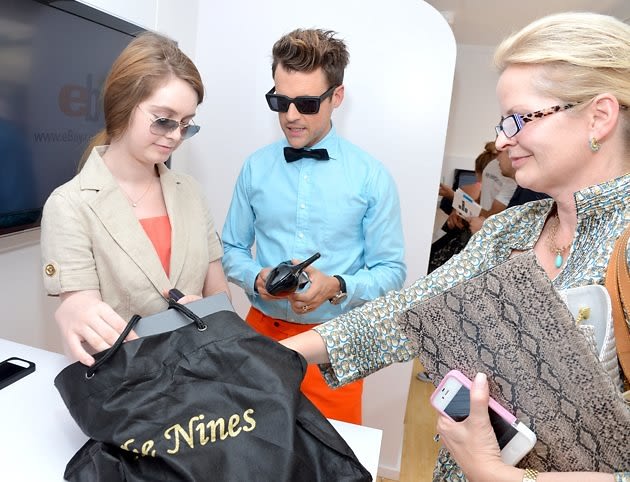