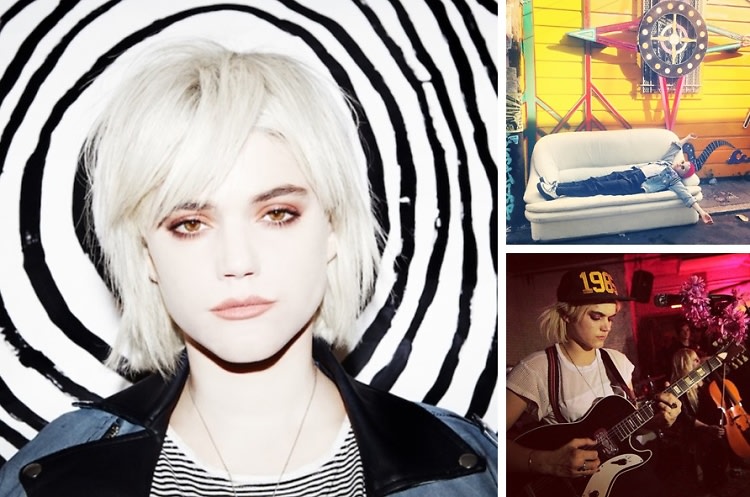 The walk up to the hotel room where Stephanie Sokolinski, aka Soko, was staying was accompanied by curiosity and impatience. The L.A.-based French singer is enigmatic and filled with contradiction: she's dark and dismantled in song, but effervescent, almost goofy in person; she wears fuzzy, Cobain-esque cardigans, suspenders, and creepers, but stars in editorials for Interview, CR Fashion Book, and Bullett. She's got Seattle style, L.A. spirit, and a French attitude. But that's what makes her one of the most exciting musicians today, and what makes her music so honest and palpable.

It was made clear in her free show at American Apparel in Williamsburg two weeks ago, where she played three slow and heart-wrenching songs before playing a spirited, raucous set to a crowd in awe. The night before, she performed at her birthday party at Body Actualized (at some point in the night her top came off, which apparently is not quite unusual), and two nights before that she played a sold out show opening for Foster the People. She's part of a new group of musicians like Blood Orange, Mac DeMarco, and Ariel Pink who are utterly creative and irreverent, slightly under the radar but revered by listeners, straddling the line between ahead-of-their-time and 20 years late to the party. Our curiosity was finally quelled when we talked to the charming, frankly adorable singer about her love for L.A., working with The Cure's producer, and making tormented music sound happy.