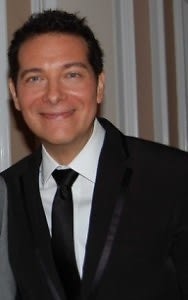 Last night The Friars Club honored Michael Feinstein, noted pianist and musical theater performer who owns the nightclub Feinstein's at the Regency. We spoke to David Hyde Pierce and Feinstein about Spider-Man and how to make it on an increasingly commercialized Broadway.

Broadway is inundated with wide-appeal shows from The Addams Family to Shrek that can bring in a cartoon-loving audience. American Idiot and its kind can also tap into a pop/rock niche audience that wouldn't usually digest the typical musical theater fare.

But Hyde Pierce who stars in La Bête, David Hirson's Molière-esque comedy set in 17th-century France, has no airs about him with regard to the range of plays cropping up on Broadway.

"I was in Spamalot," he laughed. "I think there's room for everything."

"I don't think it's high art versus low art, cause we have a lot o good old-fashioned low humor in our play," he said, then reasoning that any theatrical production has a commercial kernel.

"People are actually coming to our shows, so it's commercial," he said. "You know, it's a commercial house. If it doesn't sell tickets, we don't go on. And what the play is mainly is it's a very funny play. What's surprising is that it's a play that's in verse, and it's a modern play. It's not a Shakespeare play. It's just a guy wrote it in rhyming couplets." 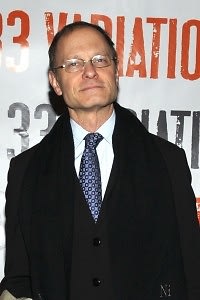 The unconventional presentation of a modern verse play actually brings the production a certain clout and marketability. Feinstein, for his part, doesn't play into the labeling and commercialization name-calling; he looks, instead, for depth and impactful drama.

"I don't care about what's commercial," Feinstein said. "I just care about what's good and what touches my heart. I don't even care if something is a commercial brand like Spider-Man if it's good, because one can take any property or any idea and do it brilliantly and turn it into something that's all together new and fresh or screw it up."

Feinstein pointed to Jersey Boys as a project that, though initially bringing him great skepticism in its pop identity, had surprising artistic merit:

"I think Jersey Boys is a good example of something when if someone said to me, 'They're going to do a musical about Frankie Valle and The Four Seasons,' I would say, 'Give me a break. Shouldn't that be like Legends in Concert in Vegas.' But what happened is they got incredible talent in every area. And they told a great story, and I thought it was a fantastic theatrical experience. So it really depends on the creative minds involved and how it's executed more than anything else."

Feinstein insisted that he doesn't "have any snobism about anything until I see it even though it's really easy to join the Greek chorus of, 'Oh that's awful because of such and such without seeing something'"; that said, in light of La Bête's rarity as a successful play focused on language, he said there is actually a diminished attention to cleanly executed lyrics.

"I think there's a lot of bad rhyming on Broadway," he said. "I think the level of craft has changed. It's hard for me personally, because I'm so aware of the difference. Most people don't know the difference. They don't know if something's in metered rhyme, the difference between that and a brilliant Sondheim rhyme or Yip Harburg or something like that. And it fulfills the axiom that ignorance is bliss."

Feinstein was quick to call out Billy Elliot as a show he thinks represents a deficiency in verbal talent.

"Musically, I think that Billy Elliot is a horrible show. The reason is because the songs are all sort of pale imitations of what they should be. I mean Alan Jay Lerner always said the thing that makes musical theater great is the fact that a song comes along at a moment when the characters cannot express anything in any other way than through that song and that song lifts the audience to a dramatic height, gives them a transition, and gives them an experience that makes them understand and feel something through the performance of that song that they would not otherwise experience. And I thought that Billy Elliot was mediocre music and horrible lyrics."

He believes that the show succeeded in spite of the verbal mediocrity but found it frustrating to be there in the theater:

Though Feinstein goes to the theater for supreme music and lyrics, he does realize that branding may play a larger role to attract audiences.