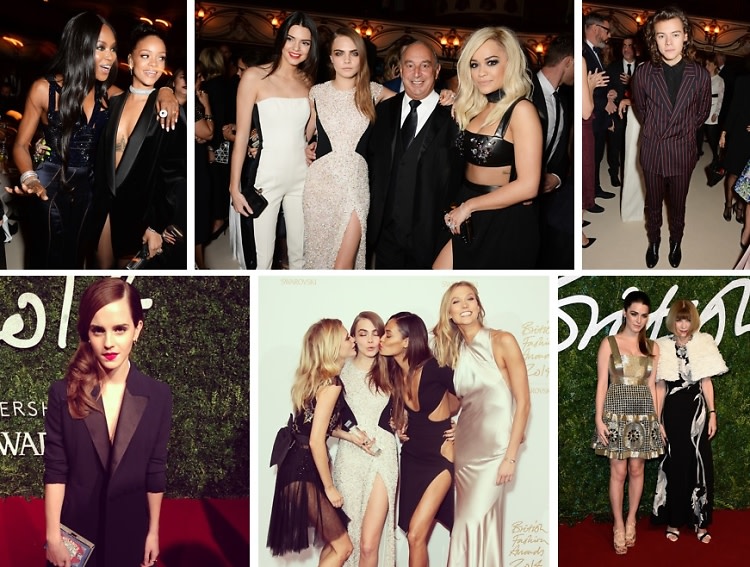 Starlets, models, pop stars, rock stars, and more came together last night to celebrate the one thing they all have in common: FASHION. The 2014 British Fashion Awards ceremony was held at the London Coliseum, where guests including Anna Wintour, Emma Watson, and Cara Delevingne were honored by the British Fashion Council for their stylish achievements. A star-studded reception followed, where unlikely duo, Courtney Love and Lana Del Rey, were practically inseparable - that following a mini-feud between the two musicians last year. Rihanna laughed along with Naomi Campbell, while Harry Styles reportedly flirted with Kendall Jenner (who can blame him?). Click through for an inside look at one of the year's biggest events in fashion!