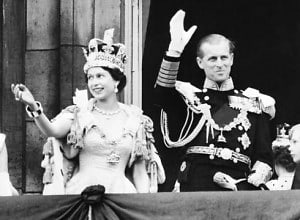 For Brits and non-Brits alike, this weekend was big for anyone who's been following the events of the Queen's Diamond Jubilee over the past few months. Though Queen Elizabeth and other members of the royal family-- including Prince William, Kate Middleton, Prince Harry, and Prince Charles and Camilla-- have been making appearances since the beginning of the year to celebrate the Queen's 60th year on the throne.

This past Saturday, June 2nd, marked the beginning of "The Central Weekend," and celebrations were held throughout London and the UK. Tomorrow night the Central Weekend will conclude with a carriage procession and a service of thanksgiving at St. Paul's Cathedral, which is where Prince Charles and Princess Diana married in 1981.

Check out the slideshow to see what went on in London over the weekend!