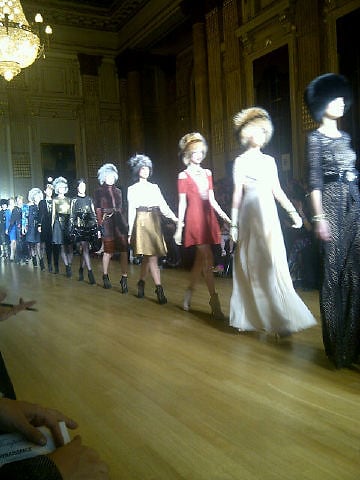 Though British designer Alice Temperley's fall 2012 collection was said to be inspired by Russian royalty, London's own royalty (or at least, royal-sister-in-law) was noticeably missing from Saturday's show. Pippa Middleton was the star guest at the Temperley show last season (and she famously sat front row sans underwear), but without Pippa in the crowd, more attention was given to the chiffon dresses, structured skirts, and Russian fur hats on display on the runway. Women's Wear Daily [@womensweardaily] tweeted:

For fall, Temperley London sent out a richly embellished and colorful collection with a sense of drama: http://bit.ly/xUEqCw #LFW 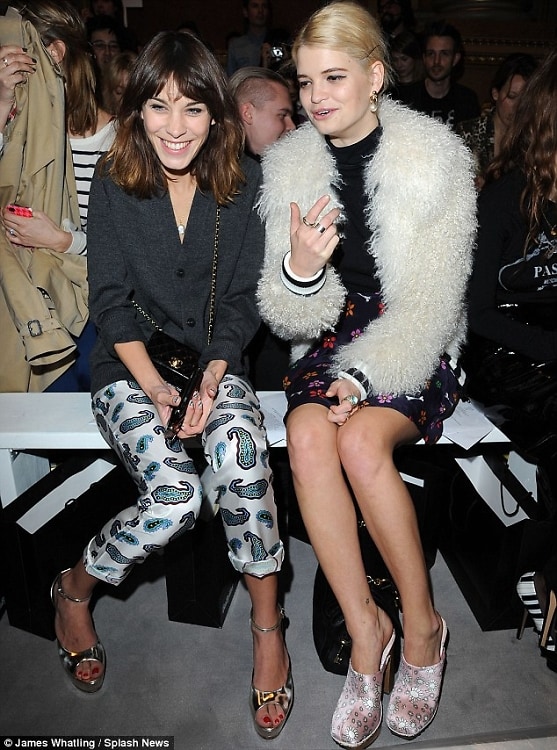