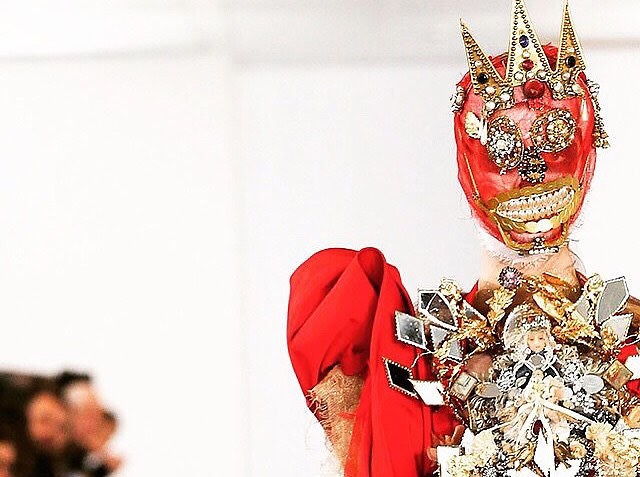 The process of becoming can be tainted and miserable at times, and more often than not is juggled along with intense social pressure. John Galliano's time was due - a fantastic fashion designer, one of the greats of our time, he was almost crippled with addiction and depression. Hiding underground for a number of years, he finally emerged in spring 2013 from Oscar de la Renta's studio, glowing as he never had before. It was a time where the fashion industry was not 100 percent ready to take him back. He had to prove himself. Not just as a designer, but as a man of his word. The response was mixed. Many loved him, many still hated him. In October of last year, Renzo Russo announced Galliano would take over at the house of Margiela. It came as a delight to most in the industry, and it was a fine reassurance to him that we were ready for his return. Today he showed in London, where his roots in design began at Central Saint Martins, to a crowd of 100 of his closest and oldest supporters. It was a fine setting for a couture collection, nonetheless Margiela, known for his non-traditional genius.