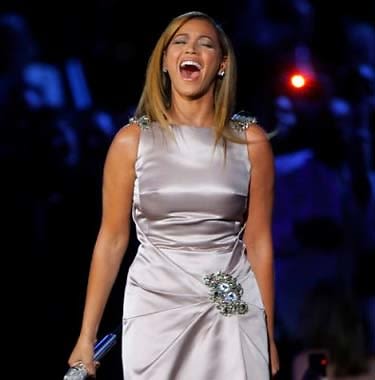 Last weekend, the Victoria and Albert Museum in London unveiled a new exhibit that pays homage to the history of British fashion-- and ballgowns, in particular. The exhibit, titled Ballgowns: British Glamour since 1950, is on display in the museum's recently renovated fashion gallery and features over 60 dresses worn and designed by some of the most well-known and fashion-forward women in the world.

Ballgowns is spread over two floors, with earlier and more traditional dresses on the first floor and evening and contemporary dresses on the second level. Dresses on display include a silk, mustard colored dress worn by Princess Anne in 1968, a blue-beaded evening dress made for the Queen Mother in 1953, and the silver dress Beyonce wore to President Obama's inauguration party in 2009. Dresses designed by Sarah Burton for Alexander McQueen, Jenny Packham, Giles, and Gareth Pugh are also featured in the exhibit.

Many dresses worn by members of the royals party are on display, including one of Princess Diana's, but sadly, no frocks worn by the family's newest royal, Kate Middleton, made it into the exhibit.

The Guardian put together a guide for the exhibit, so whether or not you're able to make it to London you can find out all the details of the exhibit HERE. 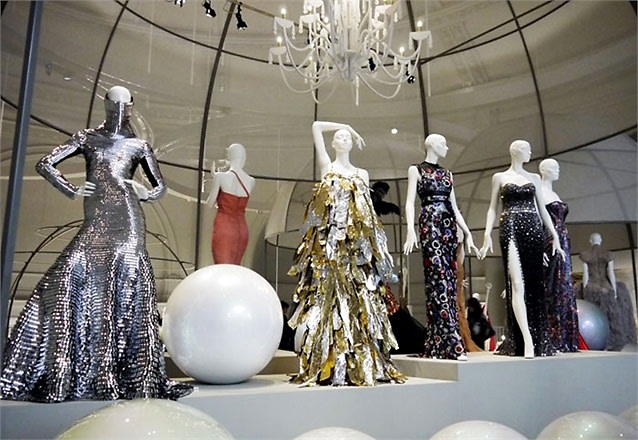 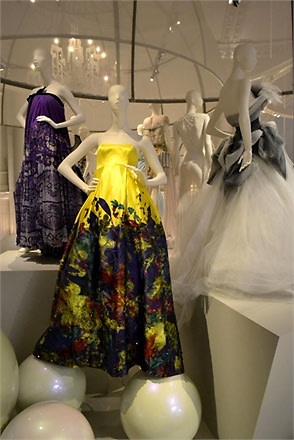 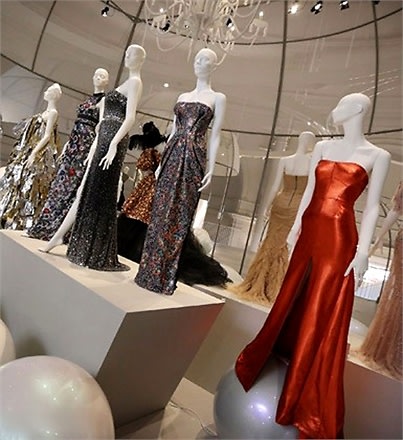