[Diplo planking with elephant photo via] Planking. Are you down with it yet? If you're not, the odds are you've been extremely confused at least once in the past few months, as you walked through some public park, store, or landmark, only to see some young person lying facedown, arms and legs board-stiff at their sides, having their picture taken. Maybe you tried to call it in to the police, only to be told the only crime being committed was your woeful ignorance of the latest and greatest in inexplicable trends. Here's a quick catch-up guide, in the form of our nation's favorite celebrities jumping on the planking bandwagon. Enjoy it now, before it goes away forever! 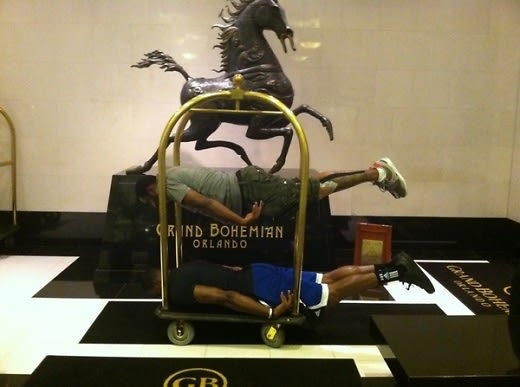 The NBA's best center and one of the NBA's most washed-up guards prove that performance on the court is no indication of how well you plank. 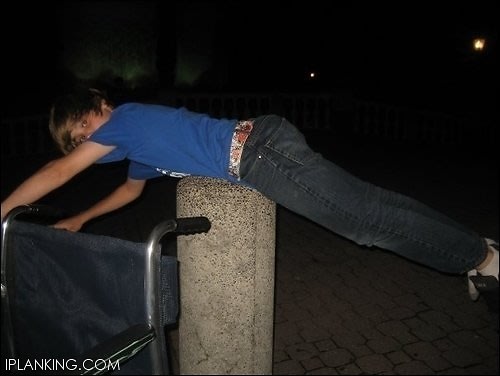 This must be how he keeps his angelic voice so high. 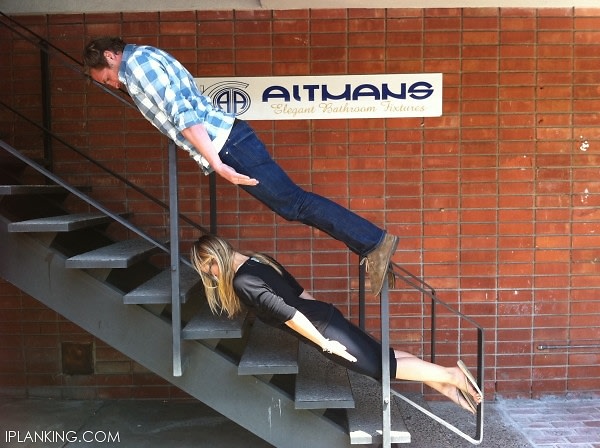 Kristen Bell and a friend demonstrate some diagonal planking. This is how I felt after catching 30 minutes of Couples Retreat on HBO. 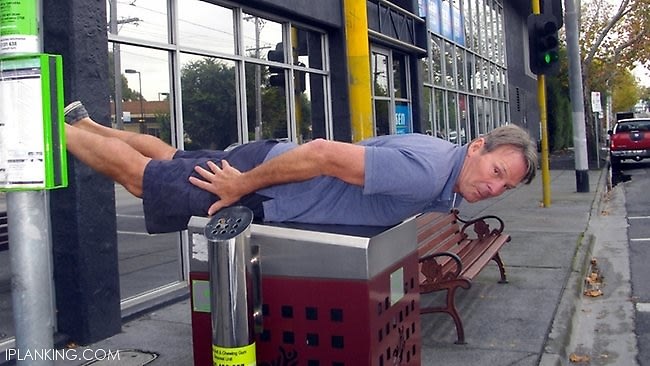 He's famous in Australia, or so I'm told. Based on his planking form, he deserves wider exposure. 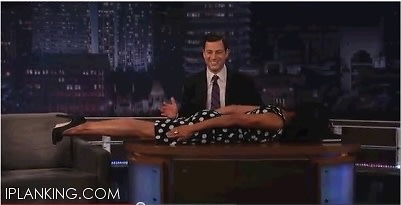 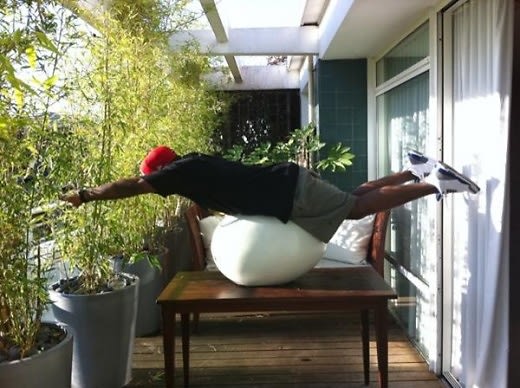 It looks like the more productive ½ (at least recently) of Outkast still has the time for a little private meditation. Maybe it's the fact that this looks like it was taken in his home, but why do I get the feeling that he was doing this for hours, and might not even be aware that he was photographed? 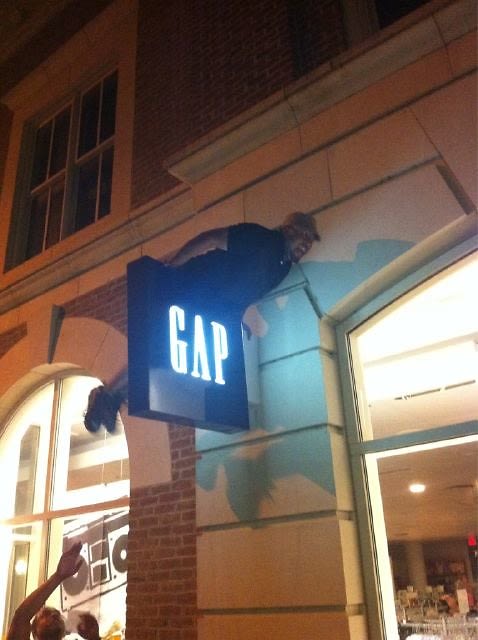 If this guy isn't famous, he damn well ought to be.

For more celebrity planking, check out the New York Edition!

[all watermarked photos via iplanking, all others via]