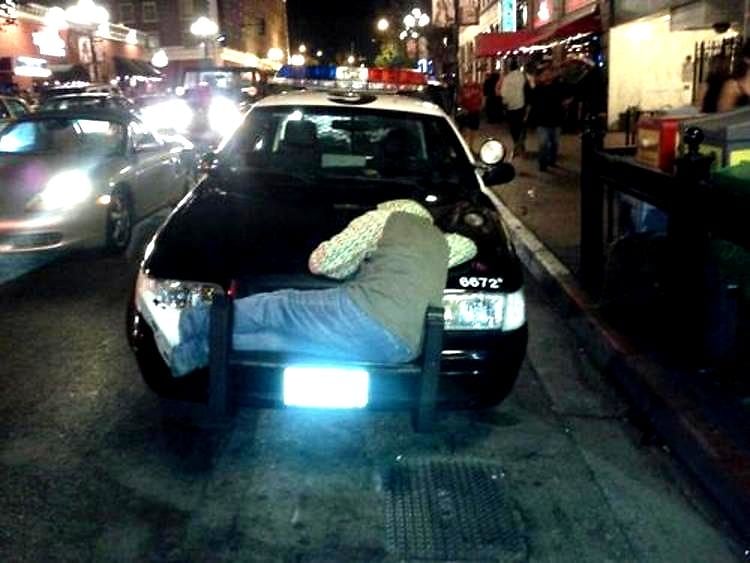 We've all been there. The party's winding down, and so are you, having just taken several shots to the face. There's no way you're driving home, because you're not a jackass, but there's very little chance of you coherently hailing a cab or calling for a ride, either. You know this would all work out fine, if you could juuuust close your eyes for two minutes. The next thing you know, you're getting a not-so-polite wake-up from the LAPD, who are less than thrilled that you decided to take a snooze on the push bumper of their squad car. Like I said, we've all been there.  [photo via] 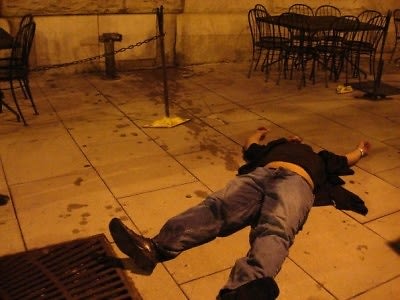 Passing out is a part of 21st century nightlife, and as long as you have decent friends, you're not going to wake up with a magic marker collage on your face and a soda bottle jammed in your ass, or whatever it is the Kappa Sig bros are doing these days. But just because your friends might not go out of their way to further humiliate you, it doesn't mean you haven't done a decent job of that on your own.

I've played the game. When I was in college, my friends and I basically used every night to test the limits of the human liver. I've slept in the luggage rack of a subway train, in the lobby of a Citibank, and once, a full and surprisingly restful 8 hour night in the booth of a 24-hour Denny's. Look, I'll prove it: here's me at the end of a Halloween rager, still halfway in my gorilla costume. Good thing there was a referee on hand to call the party foul: 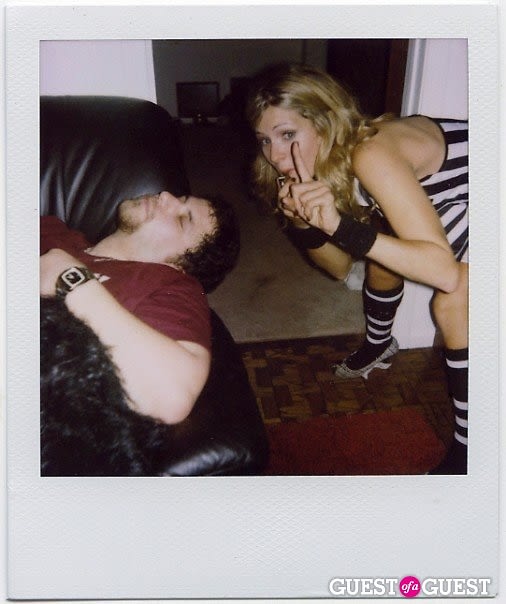 It's Wednesday, and I know that mid-week frustration, be it school, office, or whatever, is in full swing. You're probably thinking about letting it all hang out this weekend, or possibly even tonight. And I'm not telling you not to. But I do strongly suggest you figure out your extraction plan in advance, lest you end up in the next batch of these pictures of partygoers who are going to sleep right now, goddamnit... [photo via] 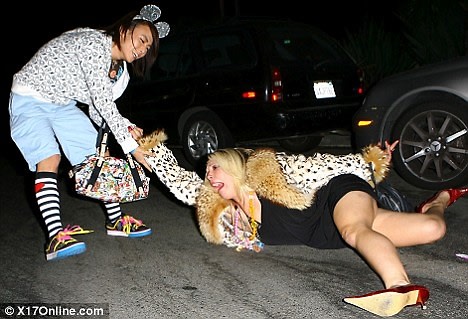 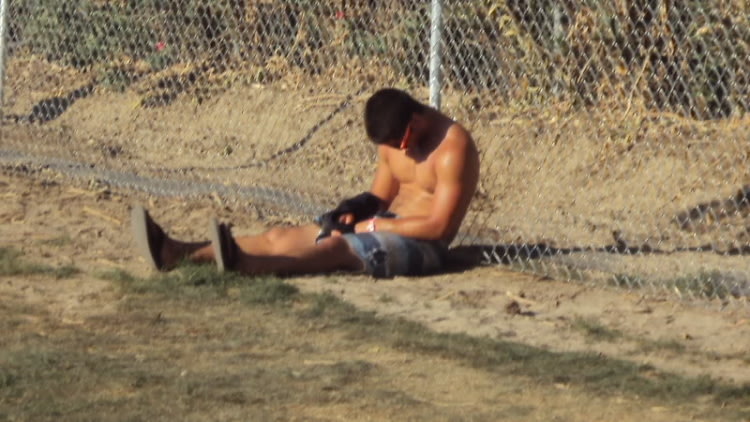 Coachella 2011. This guy's going to be pissed when he realizes he slept through Kings of Leon; he might never get another chance.            [photo via] 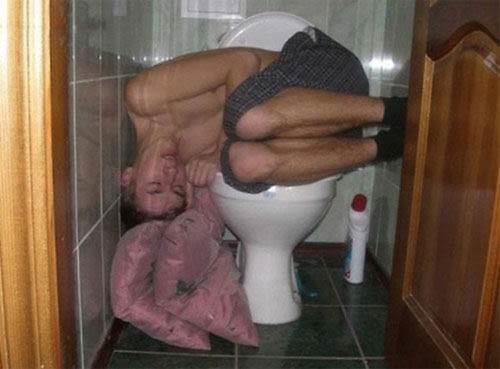 At least he made it to the bathroom... [photo via] 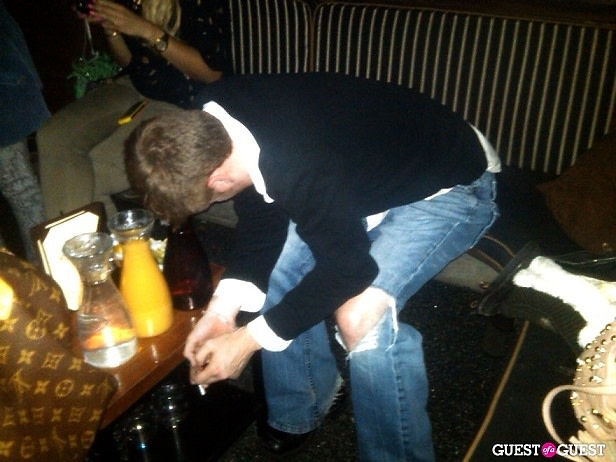 Though we've written about this majestic slumberer before, the lit cigarette and cranberry juice carafe pillow really elevate this to a thing of beauty, worth resubmitting. 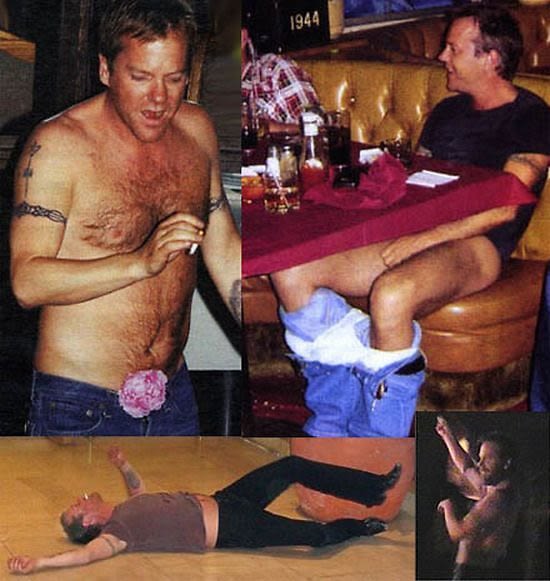 To be fair, Kiefer Sutherland had probably just spent 24 straight hours fighting terrorists. That'll tire you out. [photo via]