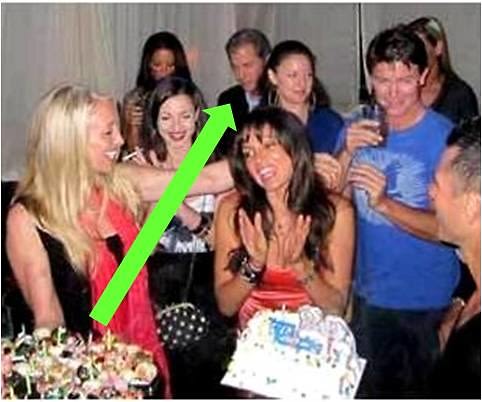 It's no real secret that we here at GofG love keeping tabs on Mel Gibson. Whether he's showing off his elegant curves on a Cannes balcony or Saturday night clubbing at The Colony like someone who's in town for an insurance convention, the man is far, far better at keeping us entertained (whether intentionally or not) than he is at, say, leaving voicemails.

Which is why we're always delighted to have a new set of TMZ stalkarazzi party photos to send your way. These lil' nuggets come from the Sunset Strip last night, where Mel and some friends hit up SKYBAR for a few cocktails. 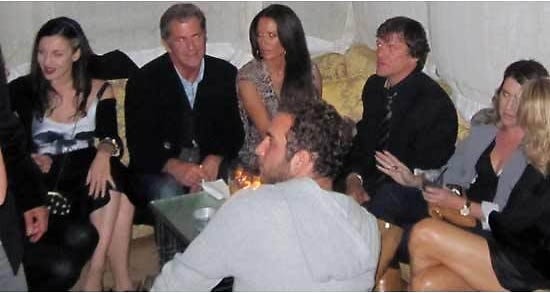 Hitler's birthday is in April, so what was Mel out celebrating? Here's a few guesses, and their likely odds:

Another Successful Hair Plug Surgery In The Books- 5:1

Statute of Limitations Just Expired on That Hobo He Accidentally Ran Over in 1991- 9:1

So maybe we can put all this drama behind us. Mel is a single man again, back in his element, drinking in clubs and surrounded by women. Of course, there's no word yet from Skybar on whether Mel tried to drown anyone in the pool, so keep your ears open.