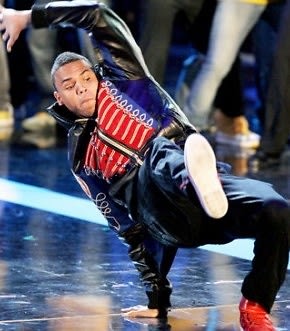 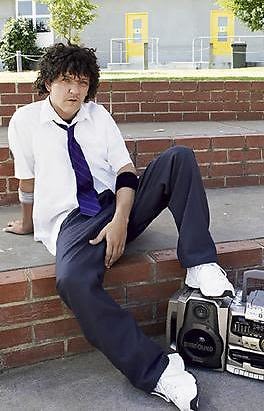 F. Scott Fitzgerald once said, "there are no second acts in American lives," but with all due respect to one of the greatest American authors of all time, he did issue that statement in an era before Chris Brown, who popped back up on the radar with an impromptu breakdance battle at Beacher's Madhouse this week. How else do we adequately explain a man-child with severe anger issues who appears to be (at least partially) rehabilitating his image as a violent anger-monster based solely on his ability to dance, sing, and openly weep on command?

[Chris Brown via, Chris Lilley as Jonah Takalua in "Summer Heights High via]