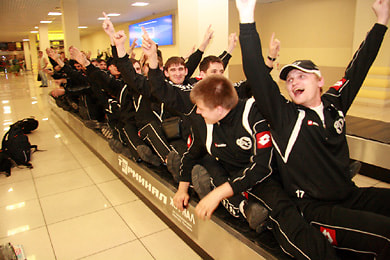 A lot of you are looking forward to some serious holiday travel in the next few days. Between the last minute packing, early morning shuttle rides, TSA rub n' tugs, and the fun of actually sitting in coach, the whole experience can really increase your stress levels. Some will put on their game faces and silently deal with the humiliation, knowing it's all worth it to get to their destination. Others would probably prefer to start drinking. [Photo via]

Here are a few tips and tricks to keeping your airport experience well lubricated, no matter how long your flight is delayed:

Learn To Love The Airport Bar 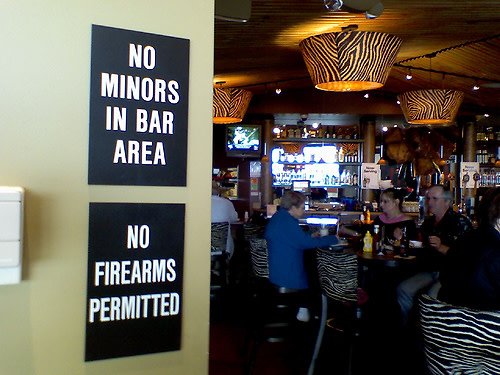 Sure, they're overpriced and largely without personality, but so are 3/4 of the bars in Hollywood, and you go there, don't you? Besides, you're basically a captive audience after they take away your drugs at security, they'll pour you a really big beer, and in the immortal words of my cousin Zak:

"Where else will the salty 60-year old waitress ask you repeatedly if you'd like to do a shot with your beer at 10 am? Gotta love Newark, NJ."

And you can't beat the people watching: 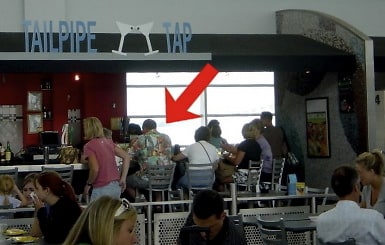 [Photo via, bottom photo via Jaunted]

Have Friends, Or Make Friends 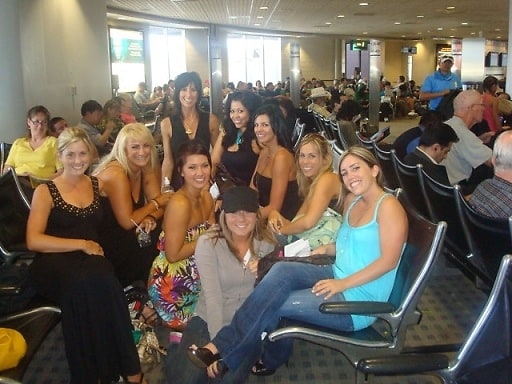 It was either Socrates or Billy Joel who said that "sharing a drink [called] loneliness [is] better than drinking alone." We're all in the same boat, so swallow your pride and say hi to your fellow airport boozehounds. Even in the worst-case scenario, they start talking about their cats and you make up an excuse about having to go check in at the gate. 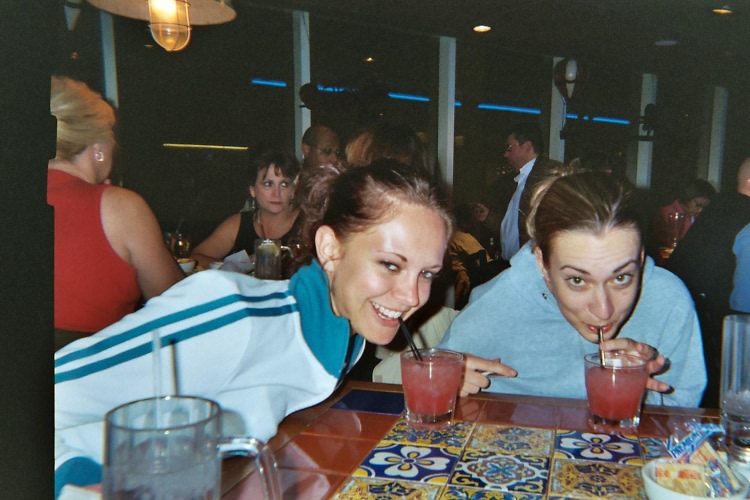 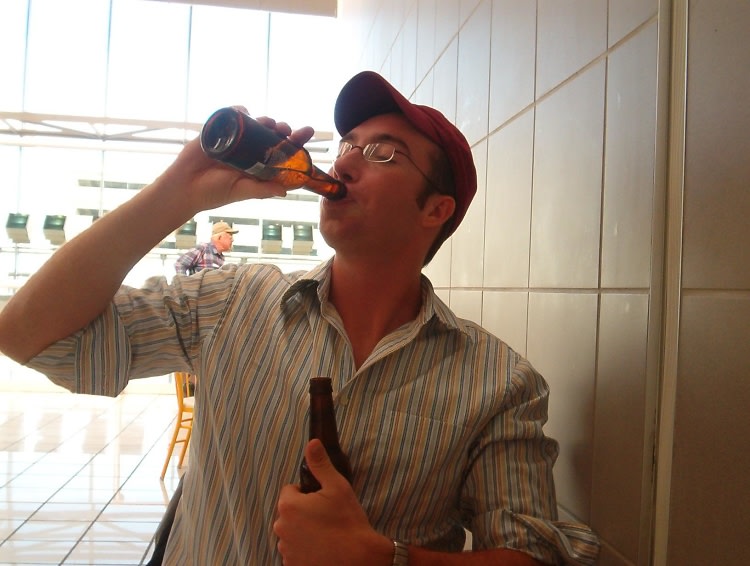 We're not in the business of telling you when you've had enough. But you came to the airport for a reason, and that reason, hopefully, is to successfully board an airplane and make it safely to your destination. Alcohol is simply a means to that end, so don't get cute and pound so many Jager bombs that you wind up hugging a stainless-steel toilet in Terminal B while the rest of your travel companions are halfway to Savannah. As un-American as it may seem, they will escort you off the plane if you're drunk enough to punch a flight attendant. Even if you're the pilot. 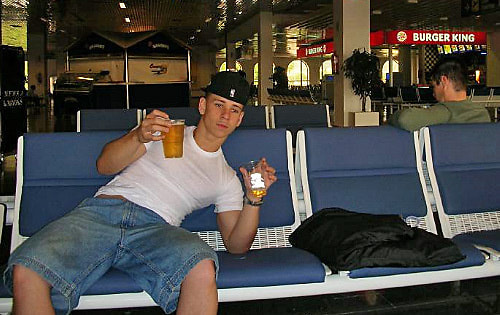 Drink Free At The Duty Free 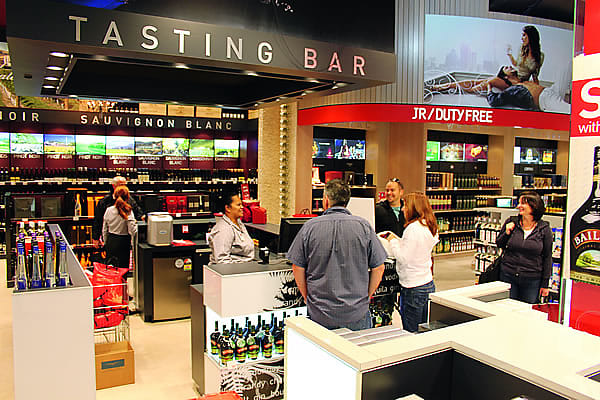 Duty-free is a magical wonderland of gigantic bottles, cheap-o smokes, and, if it's your thing, boatloads of perfume. This is fantastic, but if you don't have an international flight, you may not be allowed to partake. Luckily, most of these places aggressively sling free booze samples of their worst sale items in the hope that you'll actually be tempted to buy 1.75 liters of Strawberry Kahlua or some other monstrosity. Beggars can't be choosers, so tell them you're flying to Prague, choke down the samples, and then politely decline the purchase and get in line for your actual flight to Buffalo. Nobody ever has to know! [Photo via] 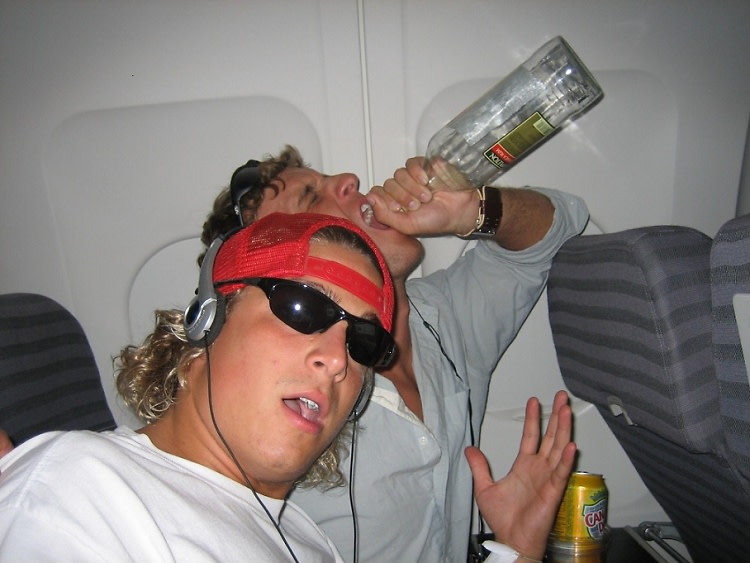 Because these bros are going to be drinking either way, and if you're sober, you might actually have to deal with them. 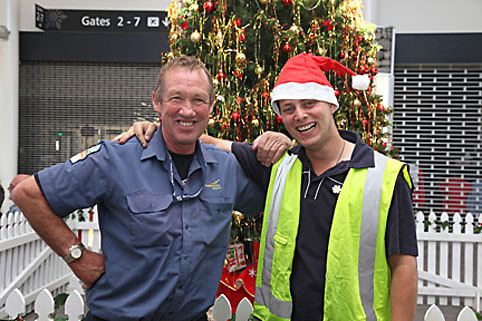 [top photo via, bottom photo via:]