"Best $2k I Ever Spent!" Hollywood Clubbing With A Suspended Metta World Peace on Game Night 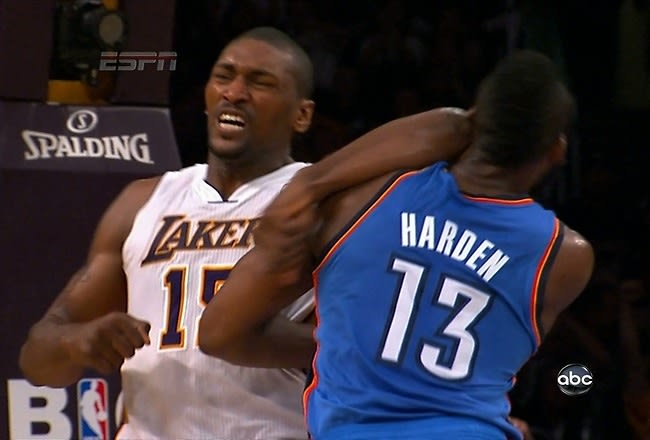 In case you're not a big basketball fan, the above shot is the reason why Metta missed the last game of the regular season and the first 6 (tonight being the final suspended game) of the playoffs. And yes, it's as bad as it looks, though Ron Metta's excuse was that he was aiming for James Harden's shoulder. Which is an honest mistake, in much the same way that Chris Brown was only trying to reach for his cellphone. You know how in every Bruce Lee and/or Van Damme movie, the second-to-last guy he fights lays some really lousy cheap shot on Bruce/Jean-Claude and he's forced to overcome it? Yeah, well even that guy thinks this was a dirty play. [via]
1 of 5