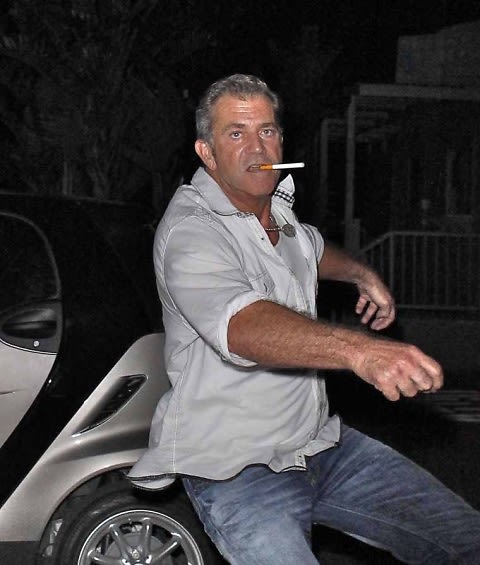 Nevertheless, to capture with such photographic clarity what is traditionally an inherently personal moment between Mel and those who encounter him in the wild is an impressive feat, and so we're delighted to present to the world at large these pictures of a sloppy, pugnacious Mel G leaving Taverna Tony in Malibu, as a public service. Just remember, you're lucky to see behavior like this  close-up without being threatened. 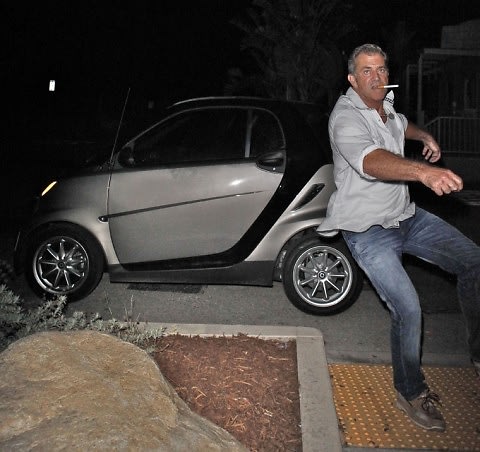 And oh yeah, by the way, that's totally a Smart Car he's planning to make his escape in, which makes perfect sense. How much of a danger could you be to anyone in a car where the top speed is 50? Does it even have an engine, or is there a hole in the bottom for Mel to power the thing with his legs, Flintstones-style? He certainly seems to have the energy, the way he's swinging around. 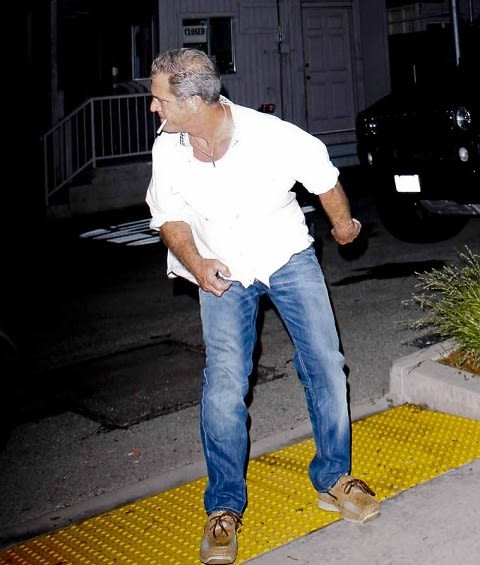 You know, the way I see it, we have two problems here that could solve each other. Here we have Mel Gibson, with all this pent-up anger and drunken pugnaciousness, and right down the road, we have Paris Hilton and Halle Berry dealing with creepy stalkers. Well, all we'd really have to do is replace their guard dogs with Mel Gibson. We feed him Stoli and Marlboro Reds, enrage him by popping off a bunch of flashbulbs in his face (or by playing recordings of Bar Mitzvahs, either way should work), and then we let him loose in Halle's backyard. There won't even be enough left of that creepy stalker to bury. 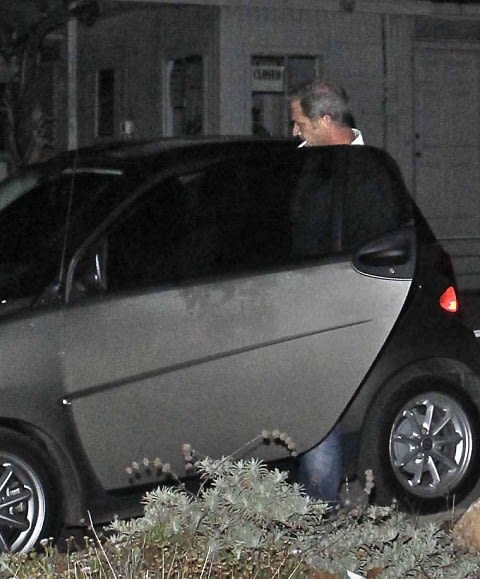 Of course, Paris might end up pregnant, but let's deal with one problem at a time, shall we?