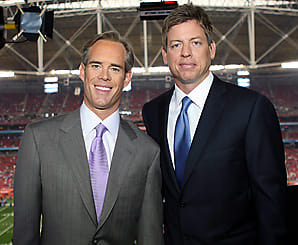 Yesterday, I ran a very even-handed critique of the Black Eyed Peas' Super Bowl halftime performance. Although many people agree that BEP are the worst thing 100 million Americans have simultaneously experienced since Polio, a few have told me that I have some sort of personal grudge against them and am only pretending to hate the show as much as I say I did. That's ridiculous. As proof that I come by my hate honestly, here's a bunch of non-BEP related things that I hated about Super Bowl XLV. 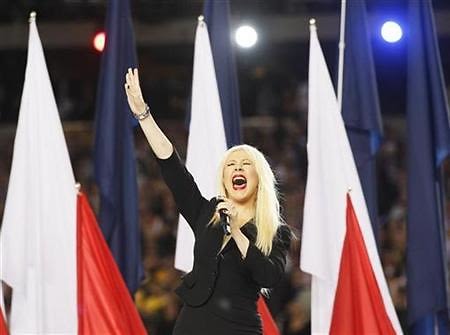 Christina Aguilera should probably buy Will.I.Am an exotic near-extinct bird, or a solid gold boat, or whatever rich people give each other as presents, because the historic shittiness of the Black Eyed Peas' halftime show is probably the only thing keeping more people from discussing this atrocity. In a performance reminiscent of Roseanne Barr, Xtina treated the national anthem like an American Idol audition piece, belting out every other word as if she was trying to punch you in the face with it, and (now-infamously) getting pretty creative with the lyrics. It wasn't pretty.

Then again, it wasn't a big deal, either. Unlike the halftime show, it was over in less than two minutes, and nothing against America or anything, but if you stand in front of your TV at home, silent in the solemnity of your patriotism, you're a jackass. Despite what certain mouth-breathers on the FoxNews-ier corners of the internet have to say, Christina's screwup has far more to do with her sloppy alcoholism than some supposed hatred of America. Come on guys, I think it's safe to say Christina loves America. In any other country, you'd probably be put to death for making Burlesque. 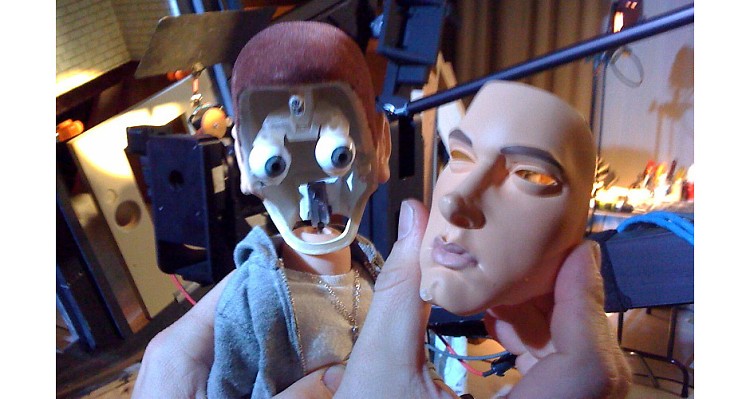 About ten years ago, to the horror of parents and the delight of kids everywhere, a foul-mouthed young MC named Eminem dropped a clever reference in his chart-topping single to our good friend Christina Aguilera engaging in sex acts with two now-deceased former celebrities named Carson Daly and Fred Durst. It was funny, obscene, and a shockingly direct call-out in the usually safe and insular world of MTV stardom. These days, the only way Marshall Mathers could shock the world would be if he ditched Lipton Brisk for Nestea. Sure, the last album was pretty good, and the Chrysler commercial wasn't bad either- but this is what it's come down to with Eminem- his car commercial was pretty good. Seriously, congratulations to him as a human being for taming the inner demons, getting off drugs, putting his life together, and whatever else. I'm just not that interested. 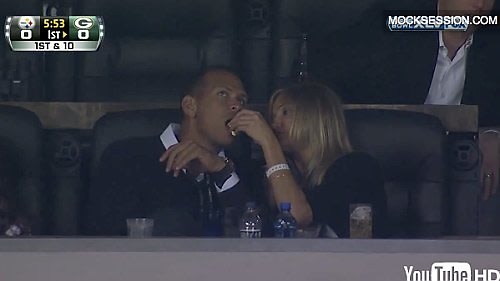 The Moment My Soul Died Forever

I was eating popcorn when this shot of Cameron Diaz feeding popcorn to Alex Rodriguez came on TV. I might never eat popcorn again. Look at how incredibly hard these two are trying to look like real human beings. I wonder if their publicists taped a cheat sheet to the table in front of them, reminding A-Rod not to get lost in his own reflection and reminding Cameron not to eat any live baby birds while on camera. In a way, it's almost adorable: A-Rod, one of the best baseball players of all time, wants so badly to be loved, but his sociopathic lack of emotional understanding leaves him completely incapable of knowing how to go about accomplishing that, so he manufactures these disturbingly false "moments" and is confused when they fall flat.

So A-Rod, if you ever happen to read this, here's my advice: get weird with it. Seriously, America will never, ever love you as a cool, upstanding role model. But we might be able to love you as a freaky recluse who openly frequents transvestite muscle bars (rumor has it, you do this anyway) and is bankrolling a midget fighting league in the Dominican Republic. At least think of it this way: we can't hate you any more than we already do. Might as well take a different tack.