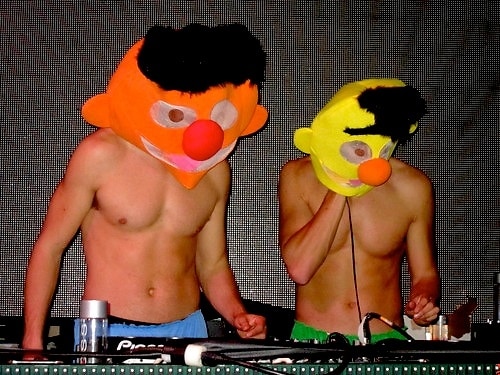 World renowned DJ duo, The EC Twins, struck again this weekend with a string of gigs around town to add their special touch to some select Halloween festivities. To ensure their parties blew all the others out of the water, the spinning brothers stayed true to form and followed their M.O. of fierce, unbridled emotion during sets and matching outfits. Indeed, the masters of subtlety upheld their artful tactic of paired ensembles, even in costume, so we shan't ever forget their twin-ness. 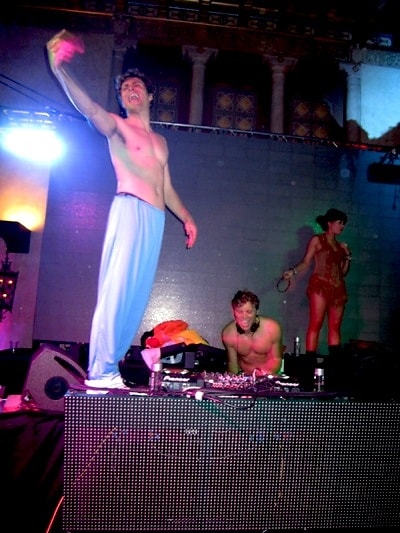 The Twins' kicked off their Halloween weekend conquest of Hollywood at Vanguard on Friday, followed by The Alliance's party at The Roosevelt on Saturday, and a final hurrah with the Pandora Halloween party at the debut of Supperclub.

They made sure to start the weekend off on the right foot at Vanguard, implementing their deft craft dressed as a shirtless Bert and Ernie. They eventually became so overcome with the energy and emotion of their set that they had to discard the hefty "Sesame Street" heads to go on. But don't worry--the costumes' absence did not detract from their spirited set, but only intensified it with even louder yelling and harder fist pumping.

The EC Twins' weekend was once again validation of their prowess in nuance and a reminder of why they are "2 of the most influential figures" in the elite culture of DJing.