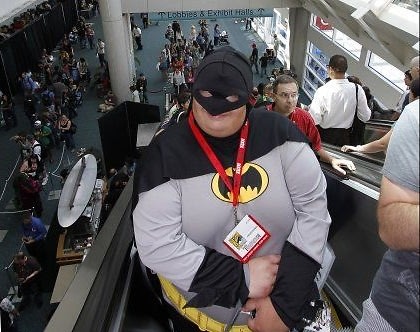 You may notice less activity than usual this weekend outside your local GameStops, movie theaters, and Taco Bells. Don't be alarmed; this just means that our nation's nerds have once again assembled in San Diego for that most glorious of weekend geekfests, the San Diego Comic-Con. Though SDCC has always been popular amongst anyone who's ever rolled a die with more than 6 sides, the event has gotten huge in recent years, with comic book/sci-fi movie stars like Ryan Reynolds, Chris Evans, Will Ferrell, and Robert Pattinson all making appearances.

But the stars of the show have always been and will always be the fanboys, who go the extra mile to show us some of the most hilarious, creative, and occasionally straight-up awesome costumes we've ever seen. 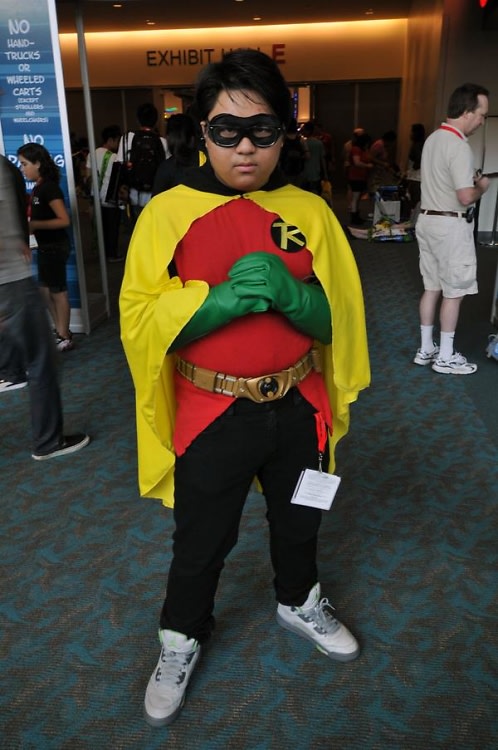 I'm not sure if this guy ever met the fellow from the top picture, or even if the photos were taken during the same year of Comic-Con, but I'll be damned if they aren't the perfect Batman and Robin for each other. All they need is now is a black Ford Pinto for their Batmobile.

Although the conventional statement when one sees a hot girl in a nerdy costume at Comic-Con is something along the lines of, "ew, why would you want to get drooled on by a bunch of nerds," I reject that. One, I'm fairly sure you'll get more openly catcalled/harassed by the drunken mouthbreathers at your average Phillies game (hi, Philly!), and two, I'm sure the nerds are far more respectful, given that they think you're actually Princess Jasmine. Her father is a Sultan, you know.

I'll bet this guy rules his a capella group with an iron fist. 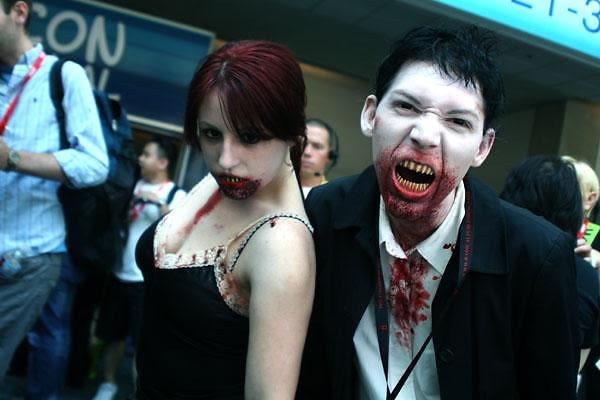 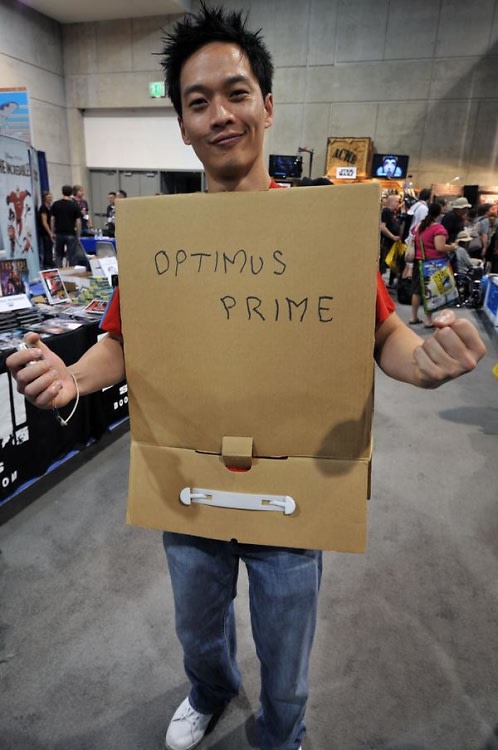 Your imagination is the most powerful hero of all. Oh, no, wait, this is just a bullshit costume.

This is EXACTLY what happened to Elvis, right down to the disco suits. Does this mean Captain America is going to die on the toilet, OD'ed on Demerol? If so, you might actually get me to see that movie.

When this guy told his friends he was dressing up as The Soup Nazi, they must have assumed that he'd seen the "Seinfeld" episode. 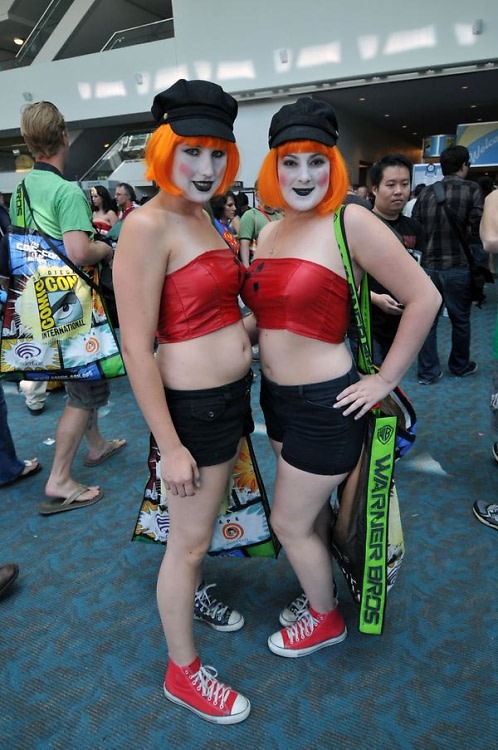 This is why you always want to leave the bar before they turn the lights on. 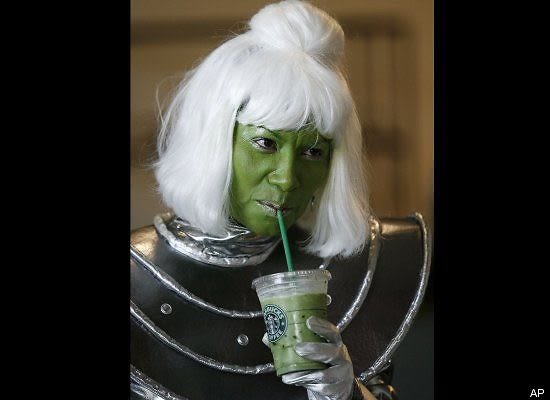 I knew Starbucks was bad for you, but all you caffeine junkies wouldn't listen. I don't even know what this thing is supposed to be. It looks like Shrek and Edgar Winter had a baby. I'm baffled. 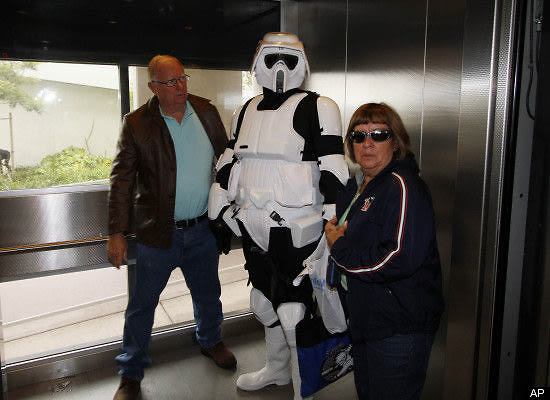 I don't even have a joke for this picture. Between the overweight, tote-bag carrying Stormtrooper and the bewildered grandparents, this picture is just the best.