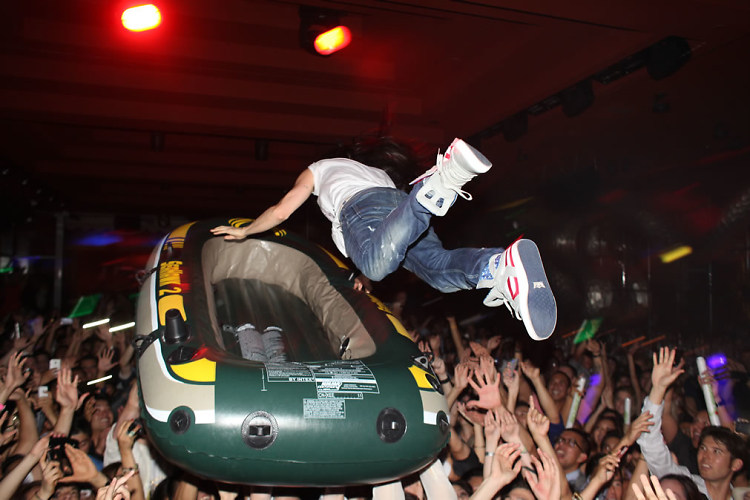 As long as the era of the superstar electronic dance music DJ remains in full swing, so too will the debate over what, exactly, these guys do during a live show. While we'd never question the talent involved in producing a hit single, even Deadmau5 has admitted recently that most big-name EDM DJ's just "press play" and then spend a whole live show fiddling with their laptops. But don't fear, there's still one DJ out there who will make sure you're getting your money's worth. His name is Steve Aoki, and he played Surrender in Vegas this weekend. Let's see what he does different than most DJs.

[photos by The Cobrasnake via]