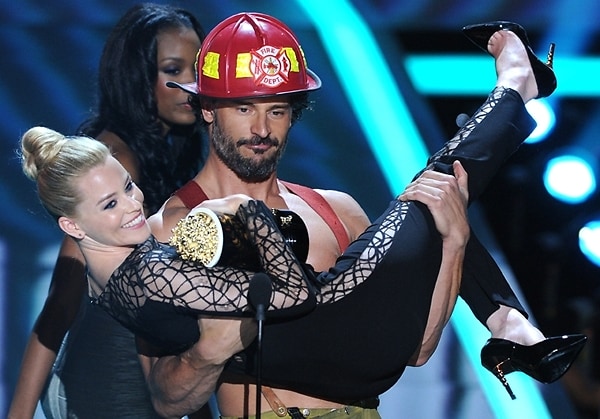 If you're among the plurality of Americans who feel like Twilight and The Hunger Games just don't get enough credit, then hopefully what went down at the Gibson Amphitheater last night has brought you back from the abyss. Yes, folks, another MTV Movie Awards has come and gone, and while it would be something of a stretch to say that we as a general public are better off for it, it was not without its moments. From male strippers to a Johnny Depp/Black Keys jam session, we break it all down.

Elizabeth Banks and Joe Manganiello [via]