Go HERE for more photos by Stephanie Antonio and tag yourself and your friends!

Haven't figured out what to be for Halloween yet? Same here. But we can help you narrow down your options if you're feeling overwhelmed. Last week when Aqua Lounge hosted the at the Science Fiction News Costume Launch Party, costumes were plentiful and wide-ranging, none of which were particularly great ideas, and nothing we haven't seen before. Consider this your guide to what not to be this year. 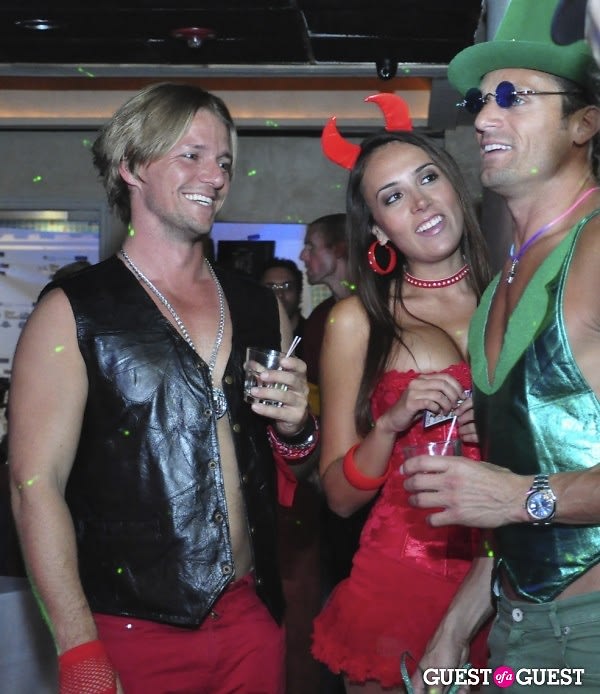 I totally get why girls like to use Halloween as an opportunity to dress like sluts, but what the shit is up with guys and vests?? Anyone? 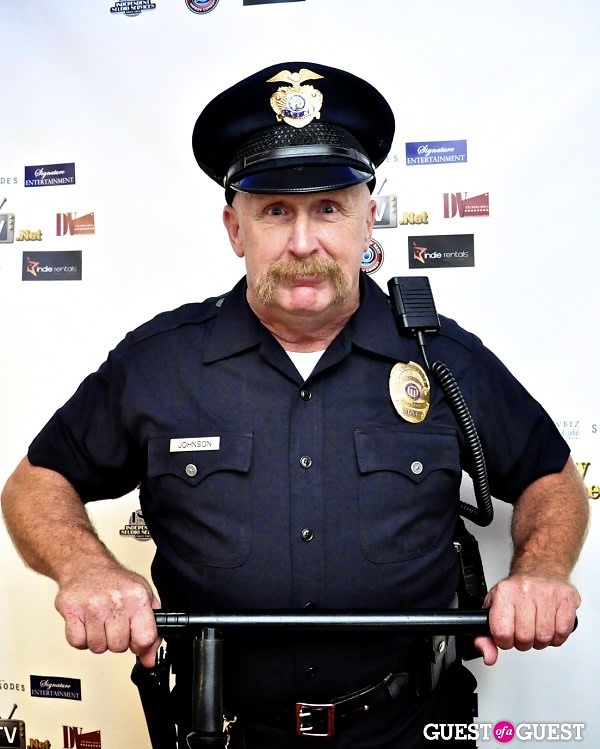 There's nothing original about this costume and this guy actually looks exactly like most of the cops I've encountered so there's not even any humor/irony in it. Except for that walrus mustache! 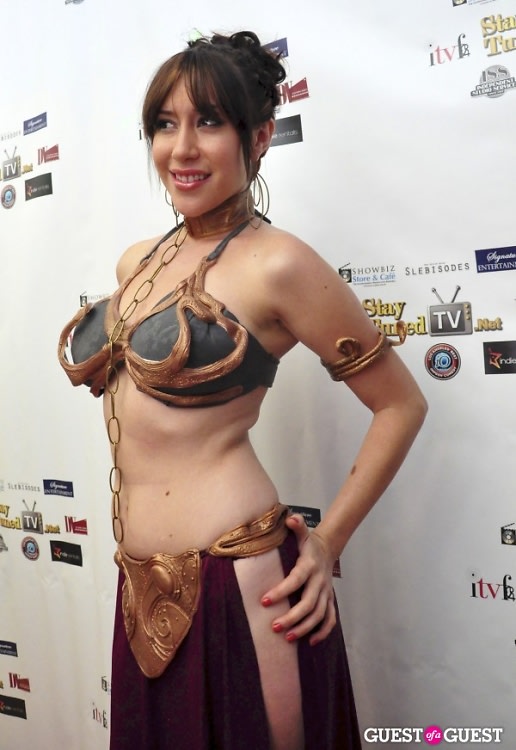 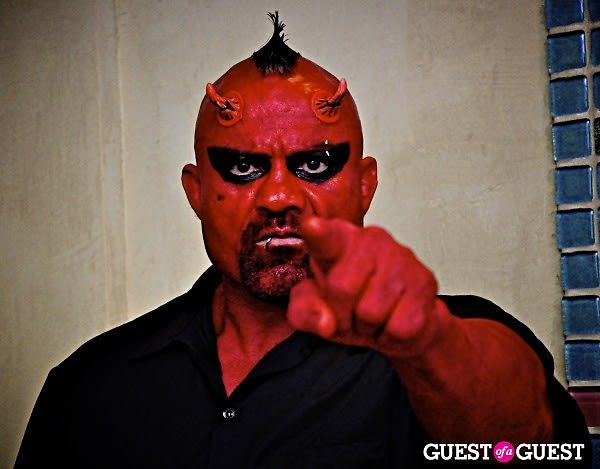 This guy's isn't terrible, but it just reminds me of that episode of "Seinfeld" when super NJ Devils fan David Puddy paints his face for the game on. 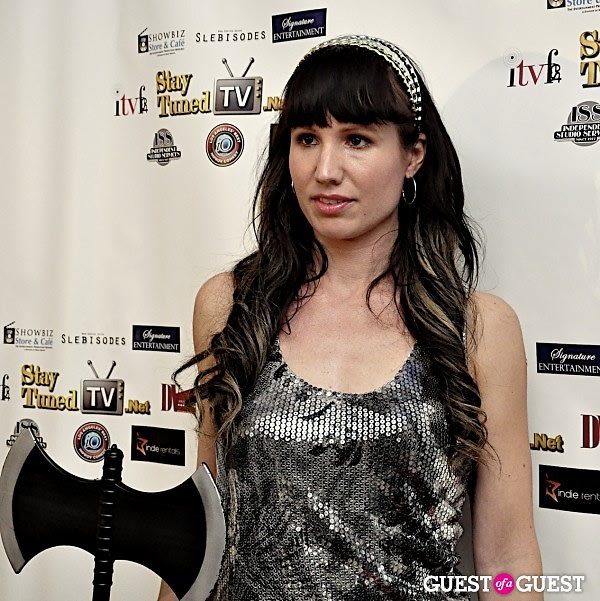 A Disco Knight--clever use of sequins to create a chainmail effect, though. 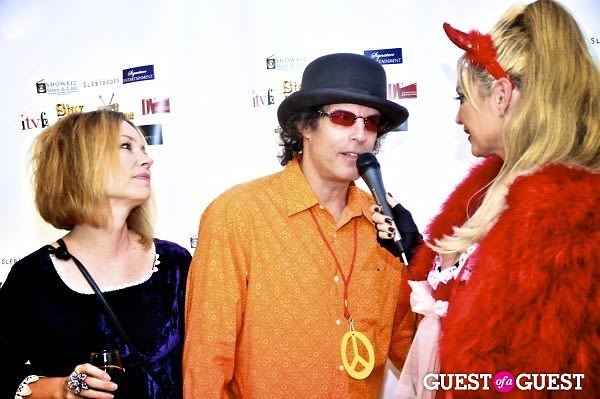 Let's put an end to this once and for all: a plastic peace sign necklace does not count as a hippie costume. And especially not with that bowler hat... 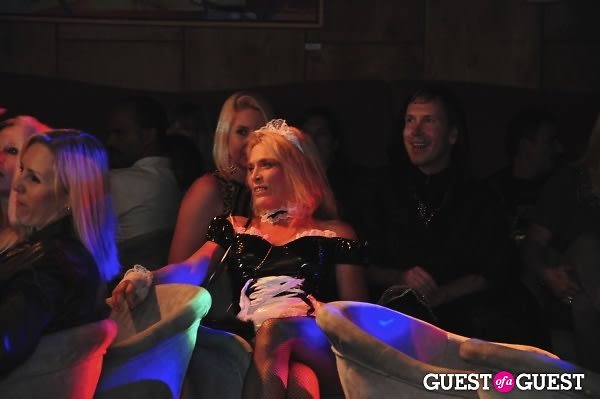 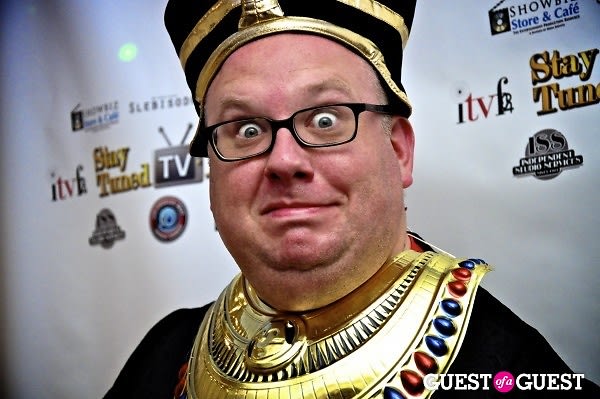 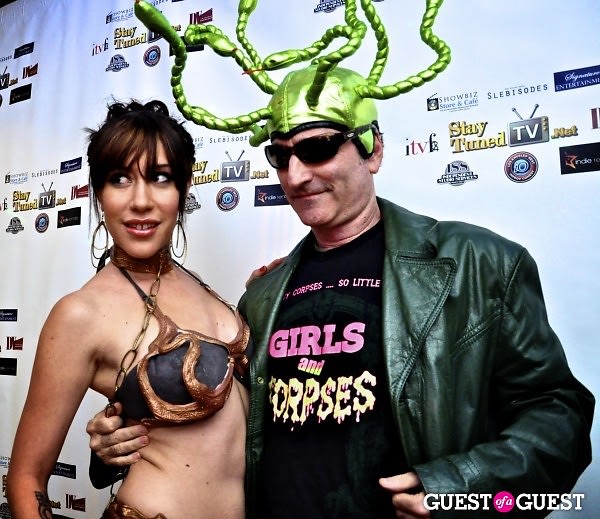 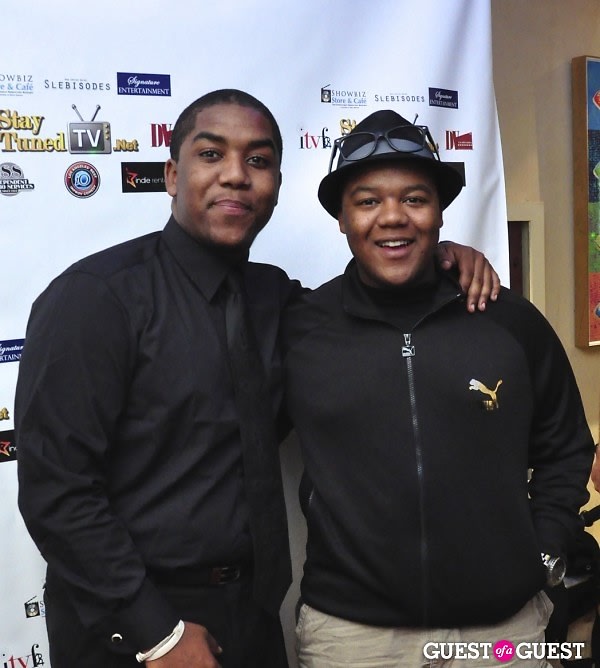 Can't tell if the guy on the right is actually in costume or not, but he should know that Jam-Master Jay wore Adidas, NOT Puma.