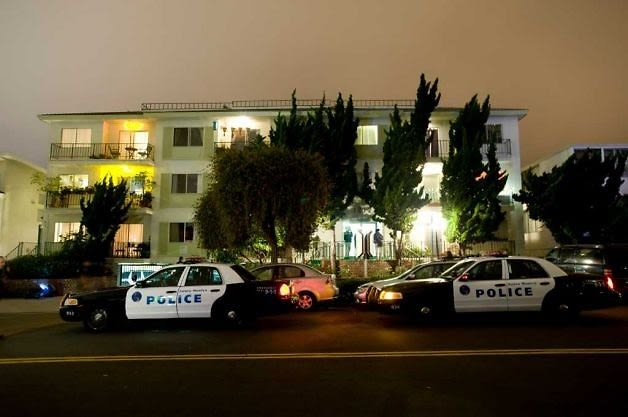 So the FBI has finally caught one of their 10 Most Wanted fugitives, Boston mob boss James "Whitey" Bulger, after a 17-year manhunt. You might remember Whitey from Jack Nicholson's character in The Departed, and the filmmakers openly admit to basing that story on the real life "Winter Hill Gang." And where has a remorseless elderly sociopathic killer been hiding for the last 17 years? Why, Santa Monica, of course!

But really, what kind of trouble could Whitey have gotten up to in the land of the yoga mat and the Prius? I just can't picture a guy who killed at least 13 people waiting patiently for a table at Urth Caffe. I'm sure he would have beaten some bluetooth-wearing douche to death with an oversized cappuccino mug, and then we would have caught him that much earlier. So, what then, was Bulger up to for all these years? Let's speculate: 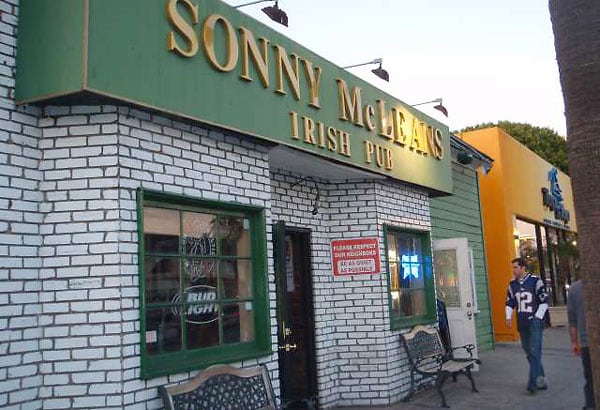 Santa Monica's Boston-themed sports bar has got to be the odds-on favorite, and not even for the reason you'd think—despite the connections to his hometown, I'm guessing Whitey loved Sonny's because it would be a great place for a decrepit old man to hide in plain sight. Despite the fact that Whitey might rightly fear that a fellow Bostonian would have a greater chance of spotting his face, his concerns would immediately vanish when he realized that the other creepy old men who frequent Sonny's are only interested in staring at and occasionally grabbing the asses of the younger women who also frequent Sonny's. This anonymity would give him the freedom to sit back, get some Dunkin' Donuts coffee, and chat with me about how much John Lackey sucks. Talk about hiding in plain sight. [photo via]

Working on his Screenplay at Panera 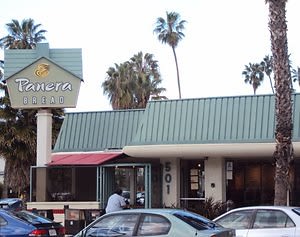 If there's one thing I learned from Michael Imperioli's character on The Sopranos, it's that you should always look before you sit down on a couch, especially when you're loaded on dope. But if I learned two things, it would also be that every mobster craves attention for their misdeeds, and that the best way of doing that is to sell your own story, in the form of a memoir or screenplay. Luckily for Whitey, who certainly had the free time on his hands, there's a Panera right down the street from the apartment he allegedly was living in that seemed to be the hack screenwriter capital of the west side. Back in the day when I lived around there, I couldn't even grab a freaking bagel without tripping over the power cord of some dickbag nursing a $2.75 iced tea for four hours while he agonized over a "Two and a Half Men" spec script. Now, Whitey has no grandchildren, so there's no guarantee that there was anyone to teach him how to use a laptop, but if he was able to figure it out, I think I have a pretty good idea where he was jacking his free wifi. [photo via]

Burning Through His Savings At Santa Monica Place 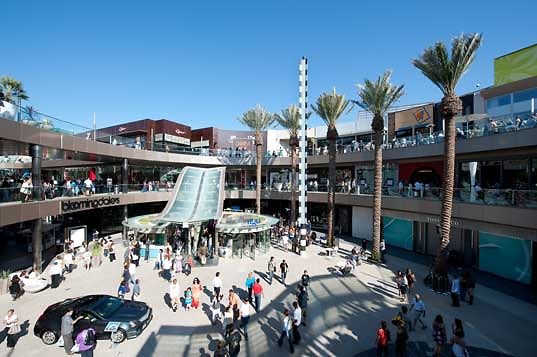 According to the FBI, Whitey was living under an assumed name with a longtime female companion. Now, whether you're a humble math teacher or a highly-feared mob boss, you gotta keep your woman happy, and that means spending money. And there are few better places in the world to spend lots of money really fast than the new Santa Monica Place mall. You want a $1,200 handbag? Louis Vuitton's got you covered? What if I want to drop a G on a piece of jewelry that looks like a dog collar? Well, every girl loves Tiffany's! Oh, you only want a snack? Don't worry, entrees at the food court start at $15! I must say, there's something satisfying about knowing that there was a stone cold mob boss walking past the True Religion store and getting mad. MEN DON'T WEAR $200 BELL BOTTOMS IN SOUTHIE!!! [photo via] 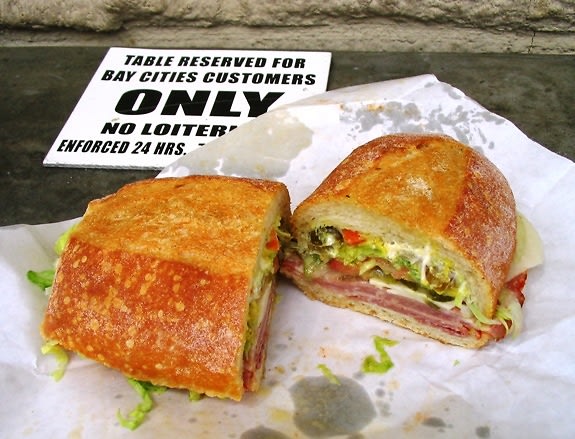 Munching a Godmother at Bay Cities

With all due respect, Whitey: if you were hiding in Santa Monica for 17 years and you weren't eating at Bay Cities, you wasted your freedom.