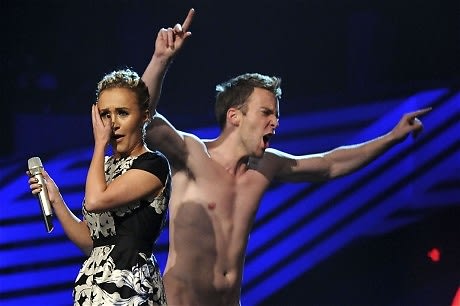 Pop Quiz time! You're Belfast, capital city of Northern Ireland and an up-and-coming European tourist destination, now that "dying in a fiery explosion" is no longer on the top-10 list of most common tourist activities. Despite the relative tranquility, you're still lacking the kind of young, cosmopolitan appeal that packs the streets with screaming teenagers who will literally throw their money at you. What do you do?

What better way to seamlessly transition from political terrorism to cultural terrorism than by hosting the  MTV Europe Music Awards?

[top photo via, all others via]