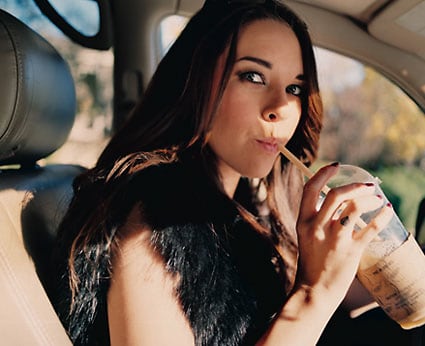 Jiminy Christmas! We haven't heard a peep from "Pretty Wild" hot mess #1 and ex-jailbird, Alexis Neiers, since her release from the slammer after serving time for her role in the Bling Ring. But she's made a fierce comeback to the fringe of relevance (thanks, L.A. Times!) by getting busted with a fake Florida driver's license and some black-tar heroin. Jail must have been good to her. The arrest was an "alleged" violation of her probation that could earn her up to three years in prison if convicted.

@aarlingtn Don't regret what you have already done, but look forward to what is still to come!

Was she trying to tell us that her first arrest and the weekly shitshow otherwise known as her reality series on E! was just a prelude to something bigger? A "don't call it a comeback" sort of thing? If so, well played.