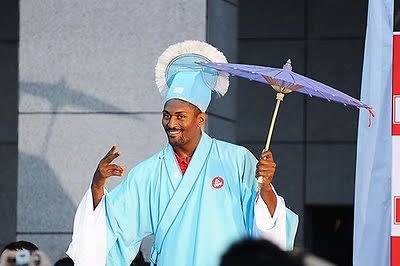 This is going to be tough news to break to you guys. I know how, in anticipation of Ron Artest legally changing his name to Metta World Peace, which was rumored to be taking effect today, you've probably already changed your Google Alerts and baked a "Congratulations Metta" cake, at the very least.

You may want to put the party on hold for a while, because some big meanie down at the courthouse has decided to make Mr. World Peace wait a little bit longer. Would you believe he has some outstanding legal issues? 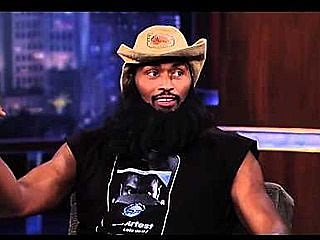 According to a court spokesperson, Ron Artest cannot become Metta World Peace until he "clears outstanding traffic warrants." I guess it makes sense that you can't change your name while cases against you are still pending, otherwise OJ would probably be living in Winnipeg right now under the name Charles Rosenberg or something. Still, it's gotta be a disappointment for Ron, who needs to re-monogram all his shirts again.

The LAT is saying his next opportunity for World Peace will be a court date on Sept 16.