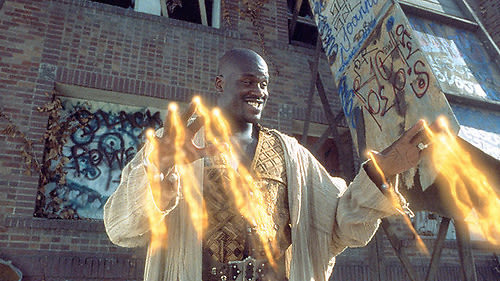 As beloved as Shaquille O'Neal is in the world of basketball, it's never been his only marketable skill. And while tracking down the other members of Fu-Schnickens would probably require a deep knowledge of NYC subway tunnels or a time machine, there was never anything other than basketball stopping the Big Aristotle from returning to the silver screen. So imagine my joy when I fired up the ol' Twitter this morning and saw that Shaq tweeted about his meeting with Lance Klein and Ari Emanuel at the WME offices to discuss getting back to acting, and included some raw video footage of the sit-down.

Mark your calendars, people, so you always remember where you were when Shaq dropped this tweet: 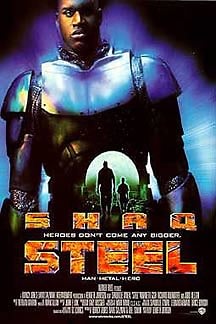 Sadly, we can't embed the video, which shows Shaq in a WME conference room (though we couldn't spot Ari), but here's the choice quote:

"I'm in LA with all my agents, I'm going after everybody- Vin Diesel, The Rock, everybody."

And there you have it: Shaq is back. It's particularly compelling that he's chosen to call out Vin and Dwayne, who are what passes for action stars these days. Think about it: when Shaq was making movies, Arnold, Bruce Willis and Nic Cage were still ruling the box office. Now that they're all busy dealing with illegitimate children, insane children, and their ex-wives marrying children, there's a real dearth of star power in action movies.

So what's his first project? Blue Chips 2? Green Mile 2? A basketball-themed remake of the JCVD classic Sudden Death? Personally, I'm kind of rooting for him to show up in Six Fast Six Furious or whatever they call it, so he can show up Vin Diesel right to his face. Just no more kids movies, ok, big guy? You're needed elsewhere.

[Kazaam photo via, Steel photo via]