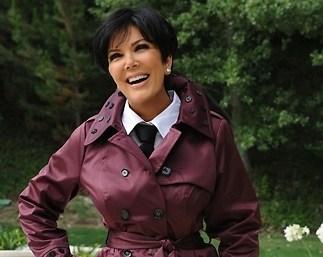 [Kris Jenner via] To their own kids, parents by definition are embarrassing. As an adolescent I think I cried on more than one occasion over my parents' outfit choices to functions where we'd be seen together. With age, the embarrassing factor has diminished significantly; I don't have any major issues with my parents' wardrobe and certainly don't cry over it. But I might if my mom ever dressed like Kris Jenner. That might actually move me to tears. It's a frightening thought made all the more possible with the the Kardashian matriarch's forthcoming klothing line.

Kris' latest endeavor in her ever-expanding empire will debut next month as five items from the Kris Jenner Kollection (yes, spelled with a K) to be sold on QVC.  I'm not sure if she's coming to this on her own or what but Kris Jenner seems to think she's in touch with the needs of the mothers of America and their fashion sense. Is it negotiating a deal for her daughter's sex tape, partying with her kids at Joe Francis' house in Mexico, or getting matching facelifts with her husband that she believes lends her the life experience and perspective of the American mom? I'm confused.

So perhaps her mother journey isn't quite as relatable as her delusions may claim but what about her taste? Let's take a look at some of the styling choices she's made over the years: 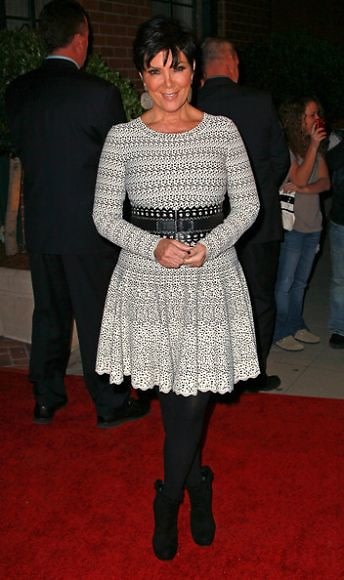 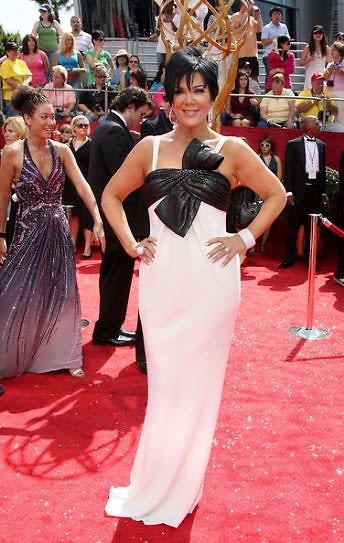 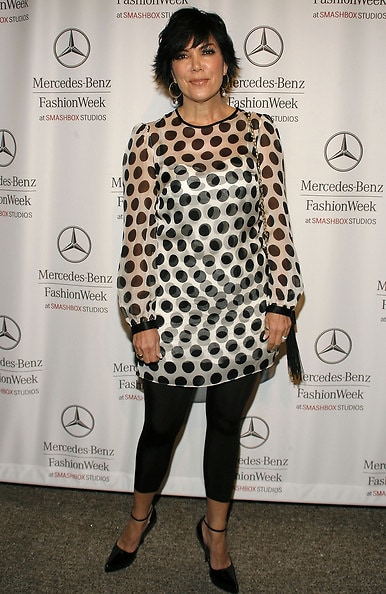 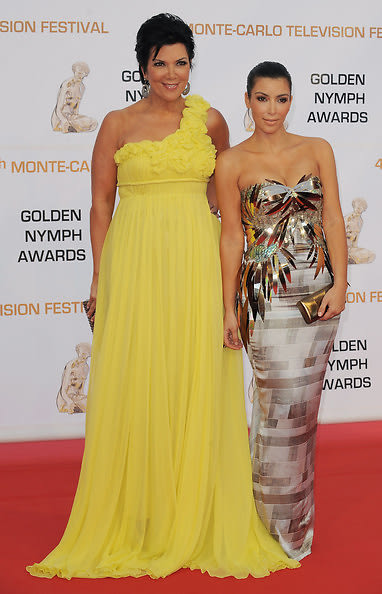 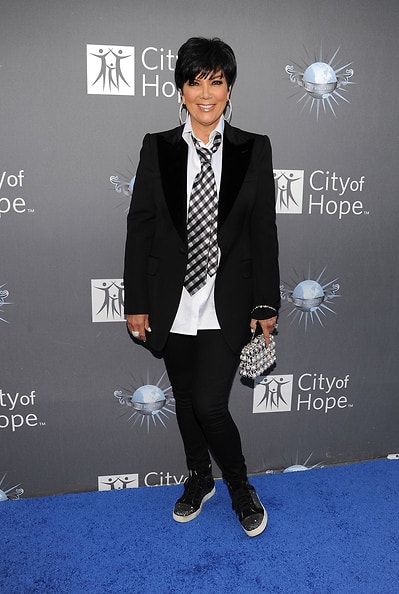 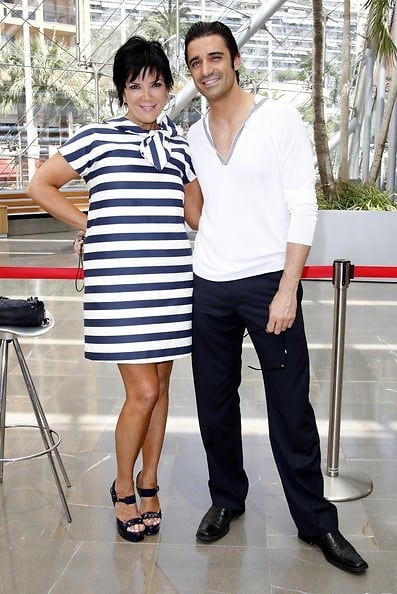 Nope. Can't say I've seen another mother wear anything even a little bit similar to the above exotic looks. They're pretty horrendous. And there's a good chance I wouldn't be on speaking terms with my mother for two weeks minimum if she ever stepped out wearing any of these in public. Given her personal styling taste, how did Kris fare at designing her own clothes? Here's a look: 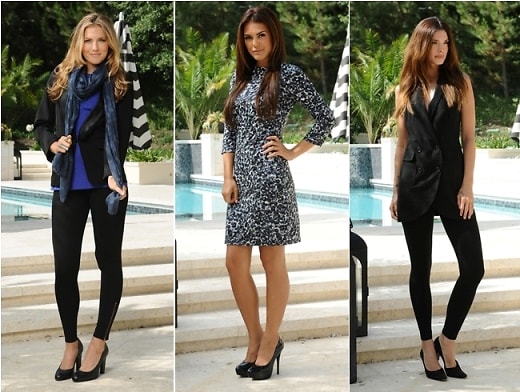 Although tall, slender girls at most half her age who can't really look bad or inappropriate in anything are modeling them, Kris Jenner's klothing kollection isn't terrible, and is nowhere near as offensive as what she wears on a daily basis. In fact, it's kind of a huge mall-tastic snooze. It looks like Talbots. I was hoping for tiaras, mini skirts, and some bold animal prints. Kris, where's the leopard?? Maybe next season?