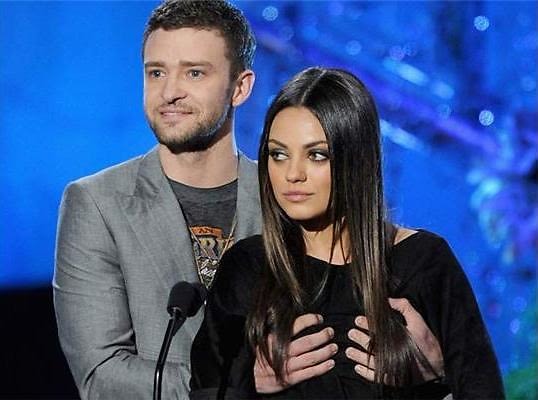 [Justin Timberlake, Mila Kunis via] There's never a right time for hacked pictures of your dong to leak onto the internet. But if it has to happen, it might as well be as part of a mega-leak of other hacked Hollywood stars as it did for Justin Timberlake, considering the internet was probably getting a million searches a day for "Scarlett Johansson naked" before the leak. And if there's one thing celebrities are awesome at, it's making excuses that draw more, not less, attention to their embarrassment. So how does Justin's Timberlake stack up to some of the worst celebrity excuses ever? 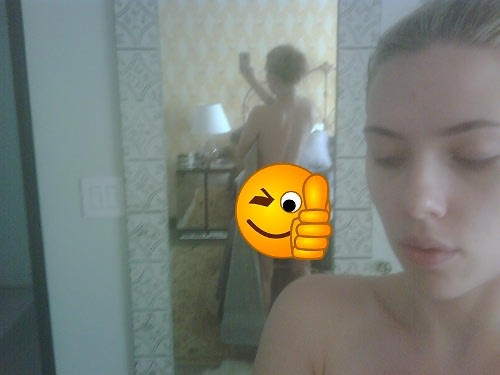 A nudie cellphone pic looks bad for Scarlett Johansson, but in reality, it's no more demeaning than squeezing a 2-centimeter thong between your cheeks for a Maxim spread. Likewise, Justin Timberlake is in the process of showing his penis to every woman in Hollywood on a one-on-one basis anyway, so what does it really matter?

Except that he had to come out and tell the world that the anteater in question was "not my penis." Really, JT? A series of photos is leaked that includes you lying in bed, you wearing a pair of panties on your head, and a penis, but the penis isn't yours? I'll admit, that's circumstantial evidence, but the court of public opinion is more "military tribunal" than "due process." And frankly, like most other people, I didn't even know you or your penis were involved until you started denying things. [photo via] 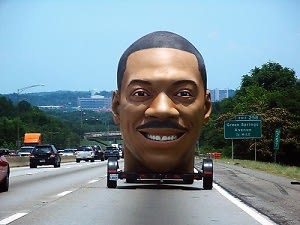 In 1997, the King of Zamunda was stopped by the cops in (where else?) West Hollywood, having just picked up a transvestite prostitute on Santa Monica Blvd. While Eddie was not arrested, the hooker was, and when s/he got out of jail, there was quite a story for the press, one that involved Eddie producing two $100 bills, laying them on the tranny's leg, and asking what type of sex s/he liked.

Unless you believe Eddie's version of the story, of course, where he claimed that he often gives rides to hookers in need, presumably out of a Christ-like charitable impulse. The money? Just another way to help out. And if you believe that, you probably believe that he did Dr. Doolittle 2 because he really believed in the script. [photo via] 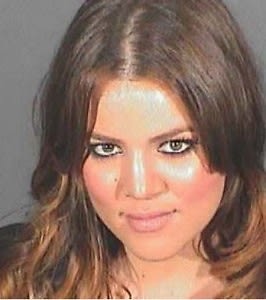 We give the sisters Kardashian a hard time on this website, mostly out of the old-fashioned opinion that you should have to, you know, do something in order to be famous. But we would never begrudge anyone their legitimate grief over the death of a family member.

Unless they used it as a completely implausible excuse for a DUI, that is. See, the future Mrs. Odom, appearing in court to answer for a 2007 DUI arrest (and a subsequent failure to attend court-ordered alcohol classes), offered as mitigation the fact that it was close to the anniversary of her father's untimely passing four years previous. Now, grief takes many forms, but  Robert Kardashian passed away on September 30, 2003. The date of Khloe's booze cruise? March 4, 2007.

For future reference, if you're mining a past tragedy to excuse present bad behavior, you might want to choose something that happened during the same season.  [photo via]

Poor Whitney Houston- she's had her on-again, off-again problems, and I think most of the country, us included, respects her amazing talent and wishes her well. On the other hand, knowing what we know now about her drug habits, Whitney's infamous 2002 interview with Diane Sawyer, where she denied the rumors of her crack-cocaine addiction by claiming that she was way too rich for crack and that "crack is wack" deserves a special spot on this list. Let's be honest, Whitney: in the post-Charlie Sheen era, there's no such thing as "too rich for crack."  [video via]

LiLo Was Just Buying A Baggie Of Quartz Crystals

If we were so inclined, we could pad out a "top 10 worst celebrity excuses" column made up exclusively of Paris Hilton and Lindsay Lohan. Let's see, there's the time Paris told Vegas PD that she had a baggie of cocaine in her purse because she "thought it was gum," or the time Lindsay missed an LA DUI hearing while partying in the south of France because her passport was allegedly stolen. But if we only have to choose one, let's go with the video above, taken by paparazzi on Abbot Kinney, featuring one of the sketchiest, most obvious drug transactions since Larry David tried to buy weed off Hurley from 'Lost'. Only, according to Lindsay's publicist, who hopefully gets paid in solid gold, it wasn't a drug deal at all.

“They were crystals from a local shop in Venice,” Lindsay’s rep explained. “Sea jasper, a meteor, rose quartz, and quartz, all purchased by her pal from a store down the store."

When I was little, my friend punched his little brother in the face and told his mom that it wasn't his fault because "he ran into my fist." I always thought that would be the worst excuse I'd ever hear in my life.

Nope. Sea jasper. A baggie of Sea jasper. Whitney Houston just rolled her eyes at that one.