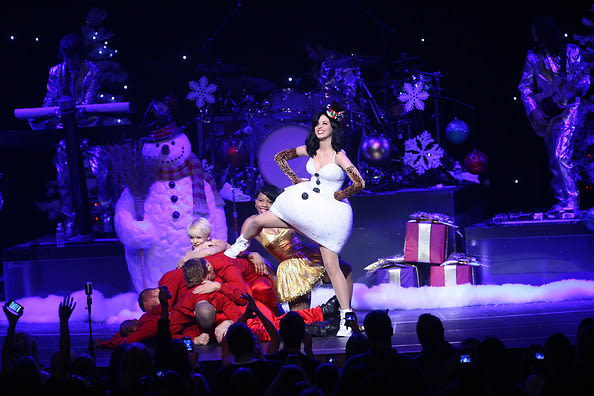 Generally when we think of how musicians party after playing concerts, it includes trashed hotel rooms, all forms of debauchery into the wee hours, and Jack Daniels to round out the equation. But Katy Perry's late-night after party at Tea Room was a tad different from the rock star cliche raging.

After headlining KIIS FM's Jingle Ball pop music extravaganza, Katy stopped by the Trevor Project's after party at the W to show her support. But she could only stay for a short while before heading out to her own post-Jingle Ball celebration. [Photo via] 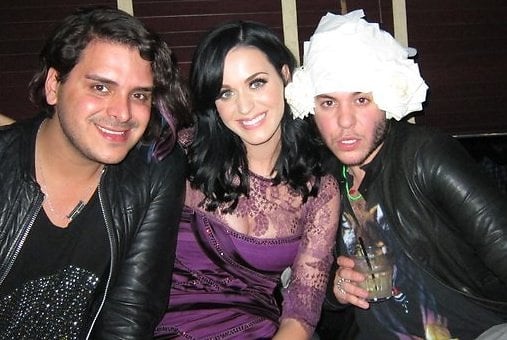 She took over Tea Room to throw her friends and dancers an after party where tipsters tell us she led guests in a wild dance off. As you probably know, vogueing like you mean it can be terribly exhausting so Katy ordered pizzas for the entire party. Like a proper host, Katy feeds her guests after making them work it in a dance off.